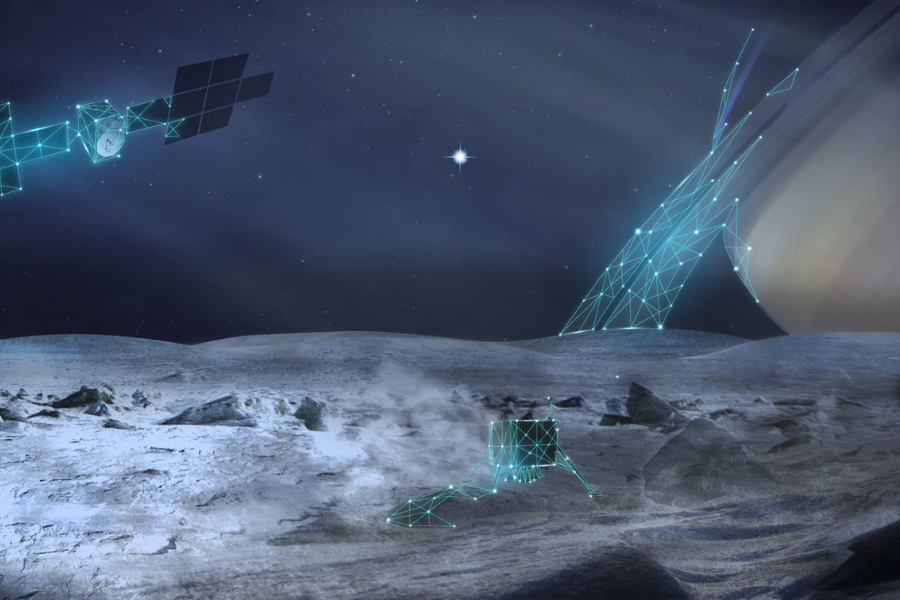 Do you know about Ocean Worlds? Some moons of the giant planets of our Solar System are such worlds, and we now suspect that many exoplanets are too! Learn more about cryovolcanism on these worlds, a phenomenon that makes them potentially habitable!

Join us for another edition of our Grandes conférences de l’iREx on March 15, 2023 at 7:00 pm, and learn about these water-covered worlds. The lecture will be presented in English by Dr. Lynnae C. Quick, a researcher from NASA’s Goddard Space Flight Center.

This free event will take place at the at the campus MIL of the Université de Montréal (free admission), and will be broadcast online, on Facebook and YouTube. The iREx’s public talks are intended for anyone interested in astronomy and exoplanets, and require no prior knowledge of science or astronomy.

Volcanism as it is most commonly known involves the eruption of hot, molten rock. However, several ocean worlds in our solar system exhibit cryovolcanism, during which volatiles such as carbon dioxide, and liquids such as salty water, are spewed out instead of molten rock. Cryovolcanism has acted to shape the surfaces of these distant worlds. Previous spacecraft missions imaged geyser-like eruptions in the south polar regions of Neptune’s moon Triton and Saturn’s moon Enceladus, while images from the Galileo spacecraft and data returned from NASA’s Hubble Space Telescope reveal cryovolcanic features and possible detections of geyser-like plumes on Jupiter’s moon Europa. Cryovolcanism may have also occurred on large Kuiper Belt objects such as Pluto-Charon, and on large asteroids such as Ceres.

Our speaker, Dr. Lynnae C. Quick is a scientist working for NASA, in the Planetary Geology division of the Geophysics and Geochemistry Laboratory at NASA-Goddard Space Flight Center. Her research focuses on geophysical processes on the Ocean Worlds in our solar system and in extrasolar planetary systems. She applies principles of fluid dynamics and heat transfer to model cryovolcanic processes and ocean crystallization on the icy moons of the giant planets and on dwarf planet Ceres. Dr. Quick also studies silicic volcanism on Venus and the Moon, and utilizes knowledge of the planets and moons in our solar system to characterize Earth-like exoplanets. Dr. Quick is a member of the Dawn, Europa Clipper, Dragonfly, and OSIRIS-APEX Mission science teams and the SSERVI TREX science team. She is also a member of the Outer Planets Assessment Group (OPAG) Steering Committee, co-chair of the National Society of Black Physicists’ Earth and Planetary Systems Sciences section, and served on NASA’s Roadmaps to Ocean Worlds (ROW) team.

To attend the talk

Meet at the Science Complex of the MIL campus of the Université de Montréal (1375 Thérèse-Lavoie-Roux Avenue, Montréal, QC, H2V 0B3), entrance A, amphitheatre A.3502.1 (3rd floor). Admission is free, but seating is limited. Come early!

The conference will also be broadcast online on Facebook and our YouTube channel. No registration is required. Simply visit our social media channels. However please note the recording won’t remain available after the event. 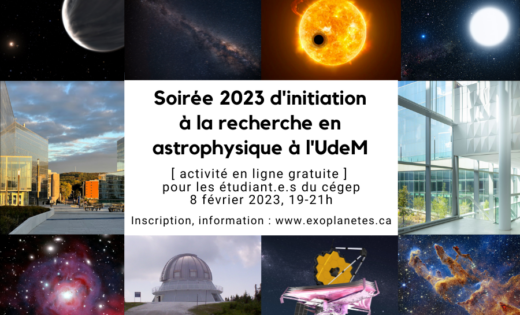 The Trottier Institute for Research on Exoplanets, in collaboration with the Department of Physics of…