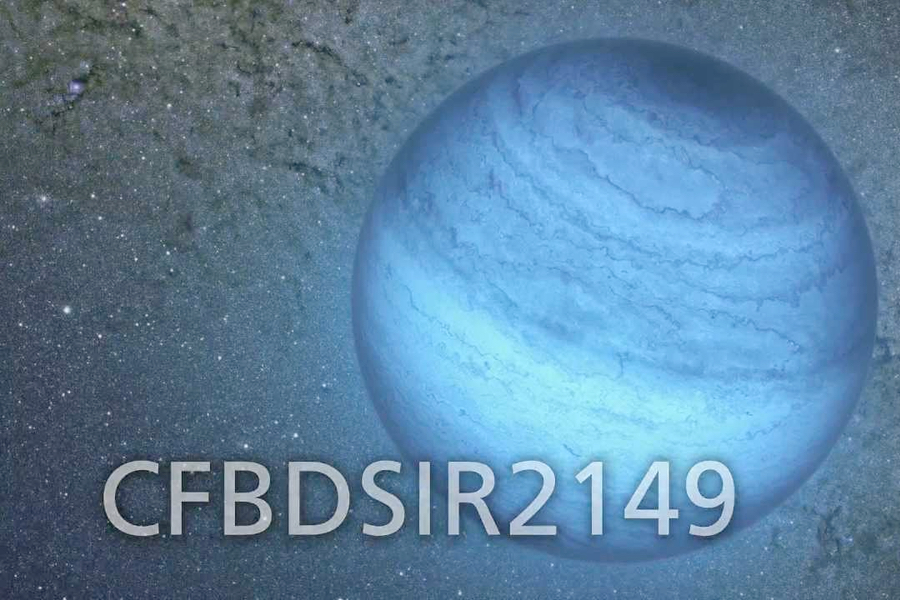 A wandering planet, that is a planet not in orbit around a star, was discovered by a team of researchers from the Université de Montréal and their European colleagues, using data from the Canada-France-Hawaii telescope (CFHT) and the VLT (Very Large Telescope) at the European Southern Observatory (ESO).

“Although theorized, this type of planets, very young and cold, had never been observed to date, said Étienne Artigau, astrophysicist at UdeM. “

The absence of a bright star next to this planet star, allowed the team to study its atmosphere with a maximum of details. This research will allow astronomers to better understand exoplanets that are orbiting a star.

Wandering planets are planets that have no gravitational link to a star. “In recent years, several objects of this type have been identified, but no valid estimate of their age could confirm their existence, explained Jonathan Gagné, a PhD student at UdeM. Therefore, astronomers were  not able to classify them as planets or brown dwarfs. Brown dwarfs are what might be called “failed stars” because core nuclear reactions never trigger. “

Astrophysicists from the Center for Research in Astrophysics of Quebec (CRAQ) and the Département de physique at the Université de Montréal (Jonathan Gagné, Lison Malo, Stephen Artigau and Albert Loïc) managed to find this planet in collaboration with French astronomers, including Philippe Delorme of the Laboratoire d’astrophysique de Grenoble, principal investigator of the project. Going by the sweet name CFBDSIR2149, this planet seems to be part of a very young group of stars known as the AB Doradus association.

“This group has the distinction of being composed of about thirty stars sharing the same age, the same chemical composition, and moving together in space. Establishing a link between the planet and AB Doradus allowed us to infer its age and classify it as a planet, “said PhD student Lison Malo.

The team first obtained a series of infrared images of CFBDSIR2149 on the CFHT 3.6 m telescope, and then used data from the more powerful VLT 8 m telescope to deduce its mass, temperature and age. CFBDSIR2149 is between 50 and 120 million years old, it has a temperature of around 400 ° C and has a mass of 4 to 7 times the mass of Jupiter. Objects that are more than 13 times the mass of Jupiter are considered brown dwarf stars, because this is the minimum mass for deuterium fusion in the core of a star.

This discovery gives credit to the original meaning of the word planet.

“The etymology of the word planet comes from the Latin word planetus, itself derived from the Greek word planeta, or planets, which means moving stars  or wandering stars, as opposed to stars that appear stationary in the sky “, said Olivier Hernandez, astrophysicist at UdeM.

This is the 1st isolated planet (it could have been ejected during its formation), not gravitationally bound to a star, whose mass, temperature and age are all constrained. This result, sought for over 10 years, supports theories of stars and planets formation. It also argues in favor of theories claiming that the number of orphan objects of this type is much higher than we think.

“This object was found during a survey that covered the equivalent of 1,000 times the size of the full moon, explained Étienne Artigau. We have been looking at hundreds of millions of stars and planets … and we only found one wandering planet close to us. These objects are not necessarily rare, but we see only those that are close to us and we must sift through an astronomical number of more distant sources. It’s like finding a single needle in a thousand haystacks. “