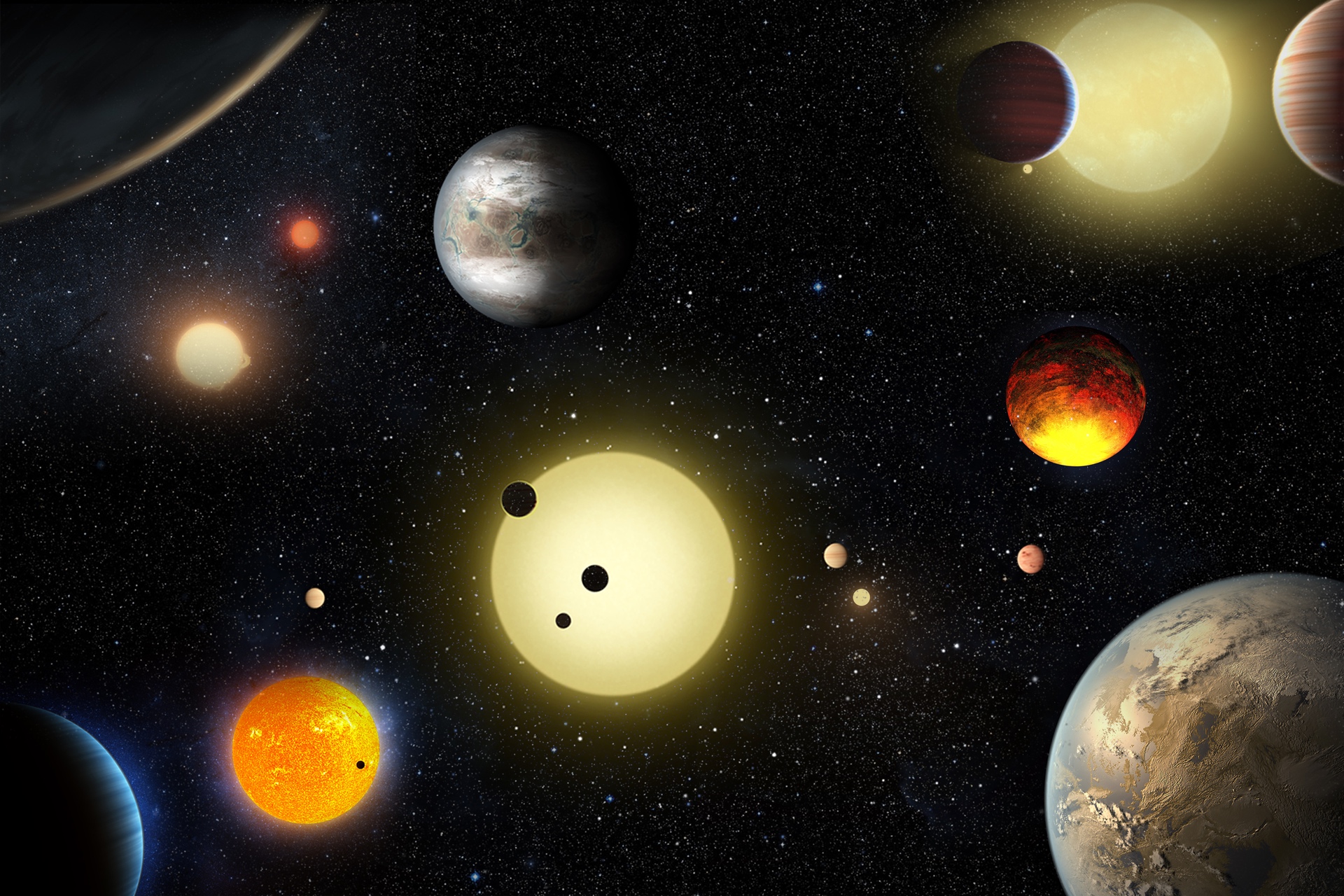 Humans have known for thousands of years that a few of the stars in the night sky move differently than others. We often gave these “wandering stars” a very special place in our historic beliefs and legends. In fact, the word “planet” comes from the Greek planetes, meaning “wanderer.” Nowadays we have a good scientific understanding that these are neighbouring worlds orbiting around our Sun just like the Earth does.

The planets of the Solar System, not to scale. (Credit: NASA).

The next exciting question was: do planets exist around other stars?  Are there lots of Solar Systems just like ours out in space?  Interestingly, the answer was both yes and no!  There are plenty of other planets out there, but they certainly don’t all look like the ones in our Solar System!  We call these “extra-solar planets” or exoplanets.

Having studied our own planets for centuries, astronomers used to think that planets would mostly come in three basic types:

It has been shocking and exciting to discover the amazing diversity of exoplanets.  Astronomers have discovered some truly exotic types of planets: 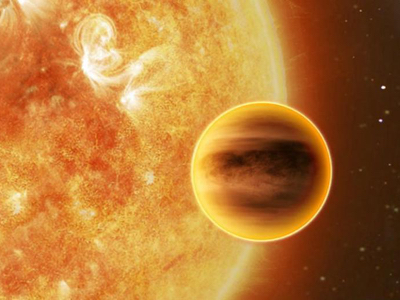 Hot Jupiters are just what they sound like: gas giants with very hot temperatures.  These planets are so close to their stars that they are thousands of degrees and can orbit in just a few hours or days. 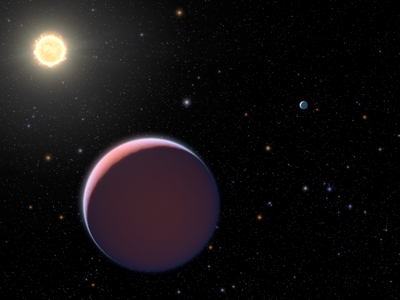 An artistic representation of a “cotton candy” exoplanet. (Credit: NASA/ESA/STScI)

Super-puff or cotton candy planets are gas giants that have fairly low masses, but whose atmospheres have gotten “puffed-up” to huge sizes due to intense radiation from their star.  The average density of these planets is something similar to cotton candy.  Ultra light and fluffy! 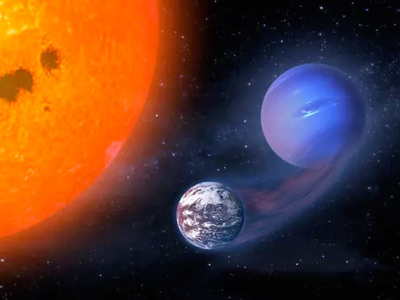 An artistic representation of a mini-Neptune transforming into a super-Earth due to the irradiation of its star. (Credit: NASA/R. Luger)

Super-Earths are rocky planets a bit bigger than Earth, and Mini-Neptunes are a bit smaller than Neptune and probably have a thick gassy atmosphere.  These types of planets are the most common in the whole Galaxy, even though we don’t have anything like them in our own Solar System. 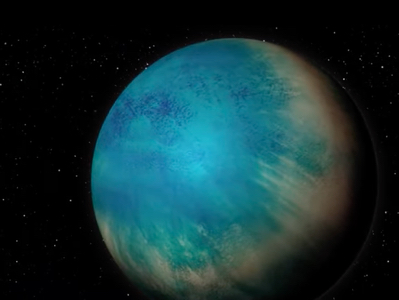 Water worlds are planets with deep oceans that cover the entire surface. 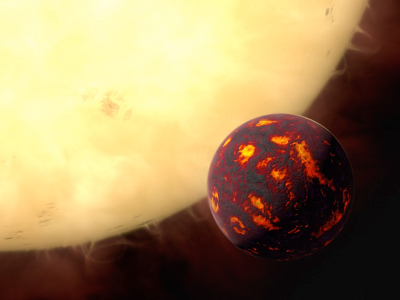 An artistic representation of a lava world. (Credit: NASA/Hubble)

Lava planets are small rocky exoplanets, but they orbit so close to their stars that the surface is molten rock. These planets may actually experience literal rock-rain as vaporized material cools on the night side. 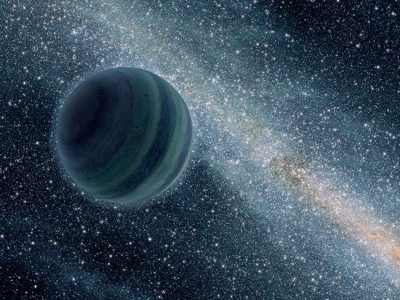 An artistic representation of a rogue planet. (Credit: NASA/JPL-Caltech)

Rogue planets are planet-like objects that float freely in space, not bound to any star.

Today, we have discovered over 5000 exoplanets and have learned that our own Solar System is by no means the “standard” kind of system.

One of the most exciting goals in exoplanet science is to hunt for signs of life beyond Earth.  We think that our best chances for finding life are on rocky planets with liquid water.  All life that we know about requires liquid water to survive.  This seems like a good place to start, but how do we find exoplanets?  And how do we figure out what kind of planet they are?  Scientists all over the world have come up with some amazing techniques and technology to do just that!