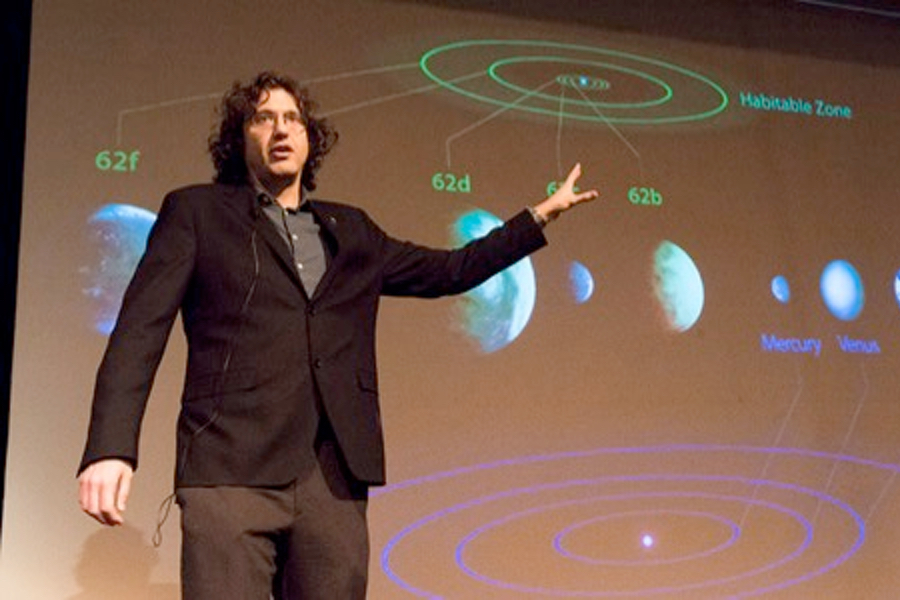 Jason Rowe, a Professor at Bishop’s University and researcher of iREx, was newly appointed as Canada Research Chair in Exoplanet Astrophysics. This honour comes with an award of $100,000 annually for a period of five years, which will help Professor Rowe and his team to explore the question “What makes an exoplanet Earth-like”? Other organizations such as the Canada Foundation for Innovation will also contribute to the creation of Professor Rowe’s laboratory at Bishop’s University.

Jason Rowe is a Canadian astronomer who worked at NASA-AMES and the SETI Institute. He is involved in many Canadian Space Agency and NASA space science missions such as space telescopes MOST, Kepler and JWST.

According to the Canada Research Chair website, Canada Research Chairholders aim to achieve research excellence in engineering and the natural sciences, health sciences, humanities, and social sciences. They improve our depth of knowledge and quality of life, strengthen Canada’s international competitiveness, and help train the next generation of highly skilled people through student supervision, teaching, and the coordination of other researchers’ work.

Among the most cited researchers

Professor Rowe was also recently identified as a Highly Cited Researcher by Clarivate Analytics, the company that owns Web of Science. This recognition highlights Professor Rowe’s important input in space sciences. He contributed to 170 scientific papers, that were cited more than 18,000 times.

The “Highly Cited Researcher” list, published annually by Clarivate Analytics, recognizes lead researchers in sciences and social sciences from everywhere around the world. The work of these researchers has been repeatedly judged by their peers to be of notable significance and utility. Their publications over the previous 10 years have included a notable number of Highly Cited Papers (defined as “papers that rank in the top 1% by citations for the field and publication year in the Web of Science”). The 2017 list includes approximately 3400 researchers in 21 distinct fields.