My Thesis in 400 Words: Myriam Prasow-Émond 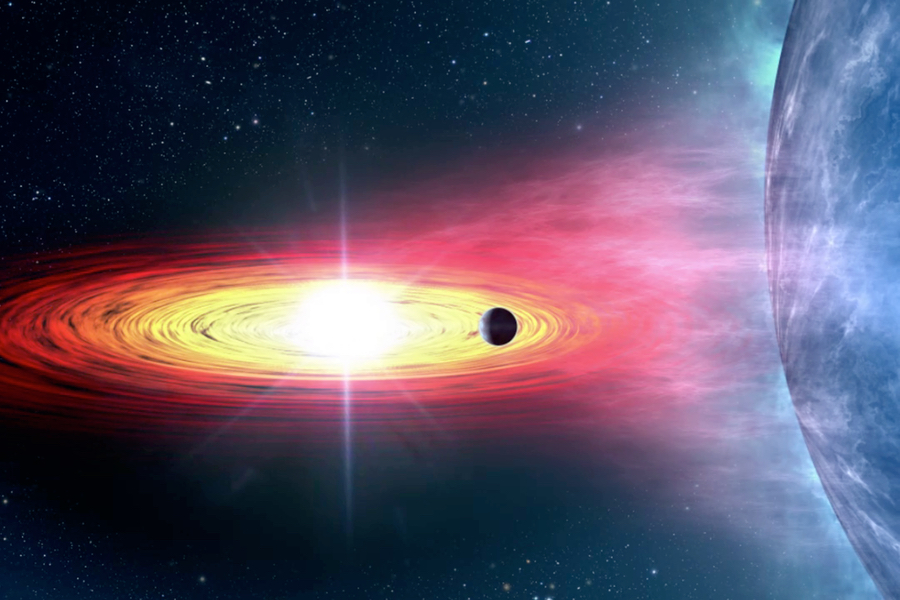 An exoplanet in transit in front of an X-binary. (Credit: ESA) 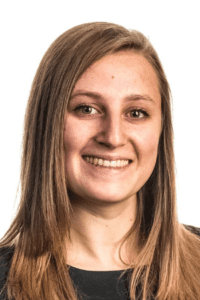 Myriam Prasow-Émond, an iREx student at the Université de Montréal, submitted her Master’s thesis in the Spring of 2022. She summarises the research projects she conducted as part of her Master’s degree here.

When the very first exoplanets were discovered in the early 1990s, astronomers were in for quite a surprise: they were orbiting pulsar stars, i.e. neutron stars that rotate very quickly. It was therefore already established that exoplanets can exist in extreme environments, which led us to explore the environment of X-ray binaries, which are just as extreme. The first component of an X-ray binary is a compact object, i.e. an object that is only a few kilometers wide but has a mass of several times that of the Sun: white dwarfs, neutron stars or stellar-mass black holes. The second component is a so-called donor star, which transfers part of its matter to the compact object, a process that emits a large amount of energy in the form of X-ray radiation, hence the name “X-ray” binary. 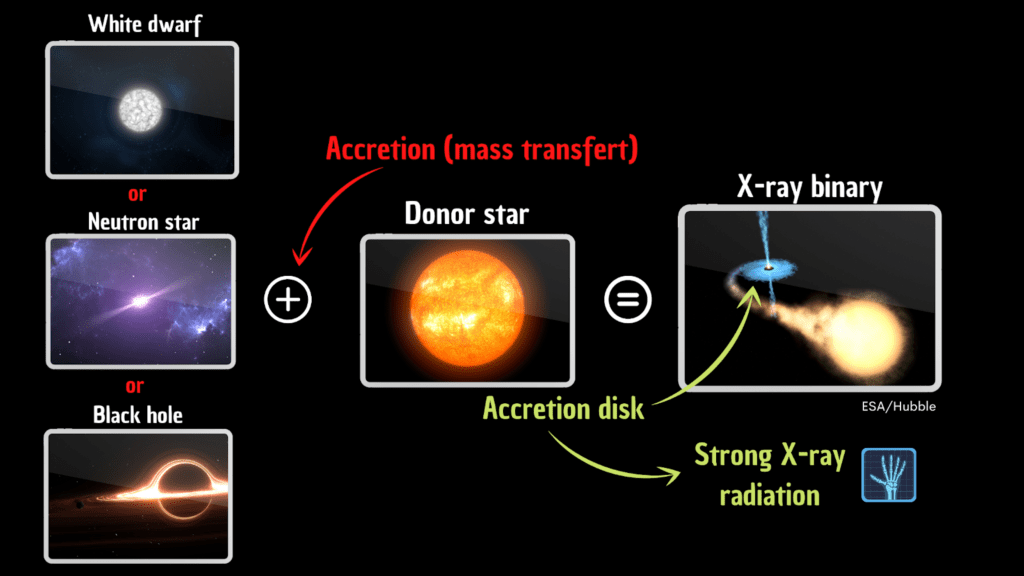 For more than 50 years, the scientific community believed that X-ray binaries were simply binaries (i.e. containing only two objects). Now, for the very first time, we are looking for companions to the X-ray binaries using direct imaging techniques, normally used to search for and study young, hot, distant exoplanets that orbit “normal” stars near Earth. To observe the selected X-ray binaries, we used the W. M. Keck Observatory in Hawai’i and its near-infrared instrument NIRC2. We took pictures of their environments hoping to find bright sources. But we had to be careful! All sources are not necessarily a companion. To make sure a source is not an unrelated background star, we can, for example, wait a few months or a few years and verify that the source is indeed orbiting around the X-ray binary, as the Earth orbits around the Sun. 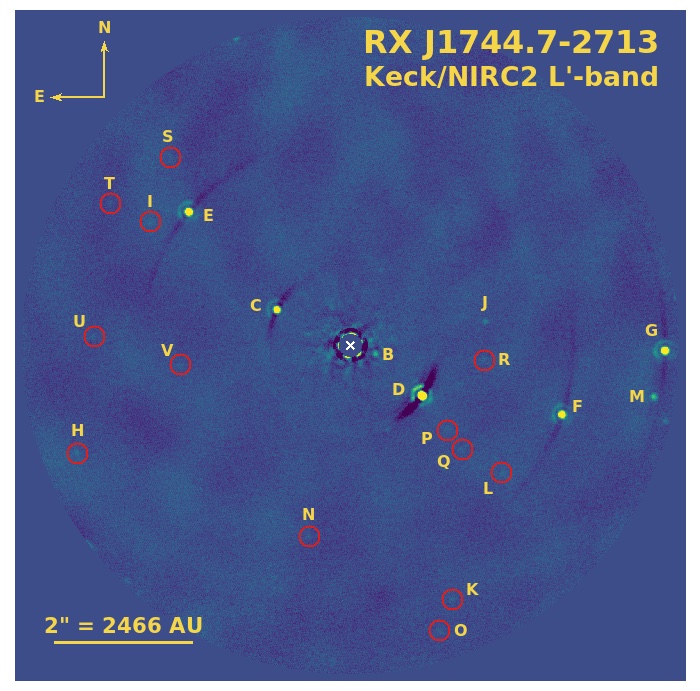 High-contrast image (direct imaging technique) of the X-ray binary RX J1744.7-2713, taken with the NIRC2 instrument at the W. M. Keck Observatory. The 21 detected sources, i.e. potential companions, are labeled by letters. The X symbol in the center indicates the approximate position of the X-ray binary. (Credit: Prasow-Émond et al. 2022)

In short, my Master’s thesis aims to bring together two totally different subjects in astronomy, namely exoplanets and compact objects such as black holes. In total, we found more than one source in nine X-ray binaries (see an example in the image to the right) and our analyses show us that several of them could be companions. These findings thus tell us that stars and exoplanets can potentially exist and survive in the extreme environments created by X-ray binaries.

Myriam worked on her M.Sc. degree at the Université de Montréal between 2020 and 2022, under the supervision of Julie Hlavacek-Larrondo. Her thesis will soon be available.