The End of the Spitzer Space Telescope 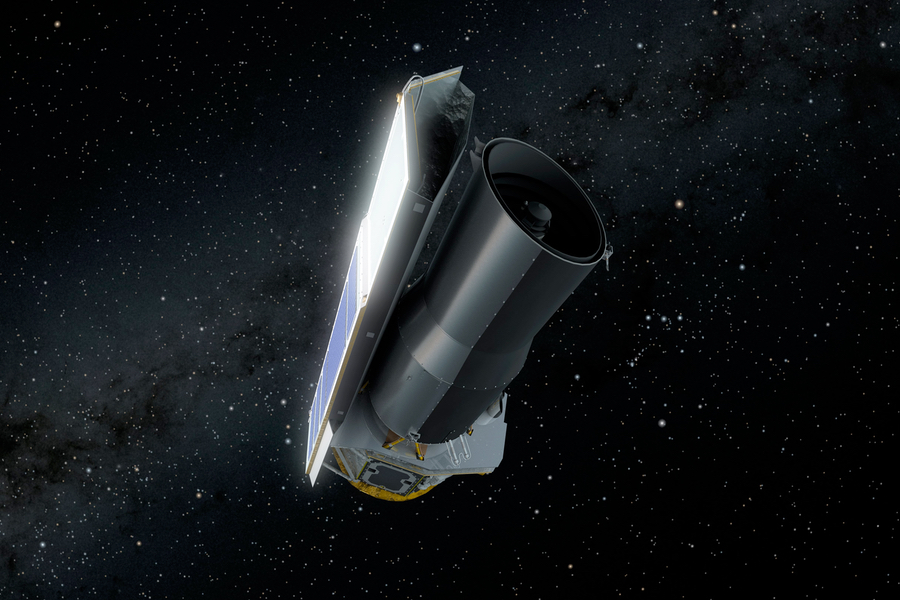 The Spitzer Space Telescope’s mission ended on January 30, 2020, after scanning the Universe in the infrared for over 16 years. The discoveries made by this telescope have led to a better understanding of our Universe, from our Solar System to distant galaxies.

Launched in 2003, Spitzer was one of four instruments, along with the Hubble Space Telescope, the Chandra X-ray Observatory and the Compton Gamma-Ray Observatory, part of NASA’s Large Observatories Program, whose goal was to probe the cosmos in all of the wavelengths of the electromagnetic spectrum. Spitzer was therefore designed to be able to detect light emitted in the infrared, which corresponds to the thermal emission. The cameras of the telescope must therefore be kept at a very low temperature of -268°C. Spitzer‘s operation ended on January 30, 2020 at 5:30 p.m., following the sending of an order that put the telescope into a safe hibernation mode and thus concluded the space telescope’s mission.

What Spitzer has taught us

Data from the Spitzer Space Telescope have led to spectacular advances in several areas of astronomy. It has led to a better understanding of the composition of comets, discovered the largest ring of Saturn, studied distant black holes and very young galaxies.

At the time the Spitzer mission was conceived, exoplanets were still just being discovered. Although Spitzer‘s instruments were not specifically designed to discover exoplanets, the IRAC camera, in particular, proved to be very useful in detecting and confirming extrasolar planets. One of Spitzer‘s great discoveries, resulting from a collaboration with telescopes on Earth, was the discovery of the seven planets around TRAPPIST-1, located 39 light years away from our solar system. Spitzer was used to confirm the presence of two planets, and the data led to the discovery of five new planets. Three planets in this system are in the habitable zone of the star and will therefore be prime targets for future studies, with the James Webb Space Telescope for example. 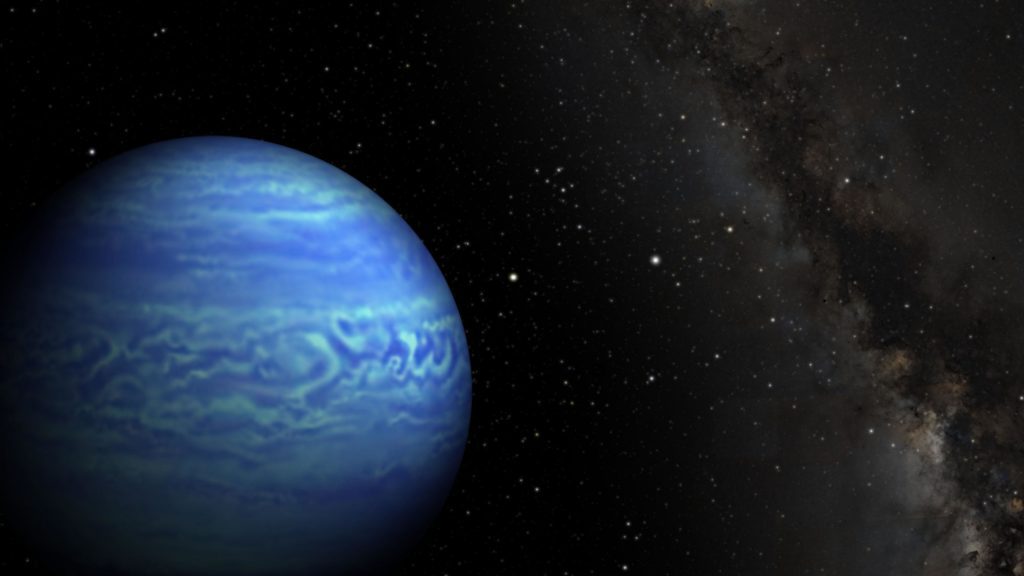 Artist’s rendering of WISE 0855, a brown dwarf located at only 7.2 lightyears from the Sun. (Credit: NASA/JPL-Caltech/Penn State University)

Another area where Spitzer shone is the search for brown dwarfs in the solar neighbourhood. These objects of intermediate mass between giant planets and stars radiate mainly in the infrared. However, since they do not support hydrogen fusion in their cores, being not massive enough, they only cool down over time. They are objects that can be very faint, even in the infrared. Spitzer has studied the disks around brown dwarfs and has uncovered new brown dwarfs in the solar neighbourhood, including WISE J085510.83-071442.5, the fourth closest star system to the Sun, located 7.2 light years from our star.

The Spitzer Space Telescope has played an important role in the research of several iREx members. For example, data from the Hubble and Spitzer Space Telescopes that allowed Björn Benneke’s team to probe a new class of exoplanets. These are exoplanets that appear to be a cross between Earth and Neptune, with a vast rocky core covered by an atmosphere composed of hydrogen and helium so heavy that it would crush everything beneath it. Spitzer was also a revolutionary instrument in the field of brown dwarfs. Nicolas Cowan and Étienne Artigau participated in a study using data from the Spitzer Space Telescope that linked the variability of brown dwarfs to clouds of giant planets.

Article by Björn Benneke and collaborators about the new class of exoplanets: https://www.nature.com/articles/s41550-019-0800-5.
Article by Daniel Apai and colloborators about the variability of brown dwarfs: http://science.sciencemag.org/content/357/6352/683.