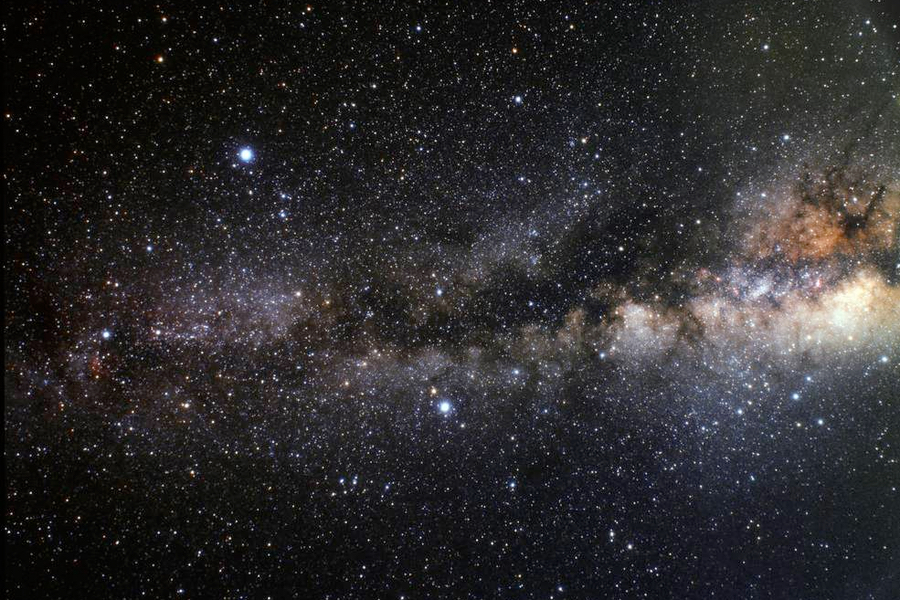 Jason Rowe is in charge of the POET mission. (Credit: K. V. Morin)

In May 2021, the Canadian Space Agency announced a $1.1 million contractfor the development of prototype optics for a small space telescope dedicated to the study of exoplanets. Jason Rowe, Canada Research Chair, Professor at Bishop’s University, and member of iREx, is the researcher in charge of the project, provisionally titled POET, for Photometric Observations of Exoplanet Transits.

This mission, if it is realised, hopes to launch this entirely Canadian telescope for the study and detection of exoplanets in 2026. This telescope would exploit the transit method, which allows us to detect and study exoplanets as they pass in front of their star, as seen from Earth.

“This instrument would make precise observations of a star’s brightness in two separate colours. This technique achieves two goals: to probe the presence of clouds and particles in the atmospheres of known exoplanets around these stars, and to reveal new Earth-sized exoplanets around the least massive stars that lie close to us,” says Professor Rowe.

A team of experts

Rowe is an expert in the detection and characterisation of exoplanets. He also has an extensive track record in space astronomy, having worked with the Canadian Space Agency on the MOST, NEOSSat, and BRITE missions, and with NASA on the Kepler and K2 missions.

MOST is one of the space telescope that helped build the expertise in space astronomy in Canada. (Credit: Canadian Space Agency)

For the POET mission, he is working with co-principal investigator Stanimir Metchev, Canada Research Chair and Professor at Western University, who has considerable expertise on the subject of exoplanet atmospheres and brown dwarfs (celestial objects that are slightly more massive than planets), as well as stars in our solar neighborhood. Industrial partner ABB would provide the telescope and control systems, while the University of Toronto Space Flight Laboratory (UTIAS-SFL) would provide the spacecraft.

POET: a priority for Canada

Canadian astronomers, who determine their priorities every 10 years through a process called the Canadian Astronomy Long Range Plan (LRP), chose to recommend the POET mission in its latest decadal study in 2020 in the category of modest space astronomy investments (less than $25 million). This mission will help answer one of the four fundamental questions to be explored by the 2020 LRP: “Why are planetary systems so diverse and could other planets host life?”

“[This mission] has the potential to provide high science impact on exoplanets and the outer Solar System for a relatively small investment, and will allow Canada to maintain leadership in small-satellite astronomy.” (from the Canadian Astronomy Long Range Plan 2020-2030)

The Canadian Astronomy Long Range Plan (LRP), finished earlier this year, establishes POET as one of the priorities of the Canadian astronomers community.

This mission has a relatively low cost, estimated at about $15 million (excluding launch), as it is largely based on other Canadian space missions such as MOST and NEOSSat.

The telescope’s primary mirror, which would be 15 or 20 centimetres in diameter, is small when compared to the 2.4 meters in the Hubble Space Telescope, or the 6.5 meters in the future James Webb Space Telescope (JWST). But this instrument, with its very focused mission, is a powerful tool despite its modest size. It will effectively complement the work done with larger telescopes currently in operation such as TESS and CHEOPS, and others soon to be, such as JWST and ARIEL.

“This mission will increase Canadian capacity for Space Astronomy and provide training opportunities for the next generation of Canadian researchers utilizing Space,” concludes Rowe.