A second planet in the closest extrasolar system to our Sun? 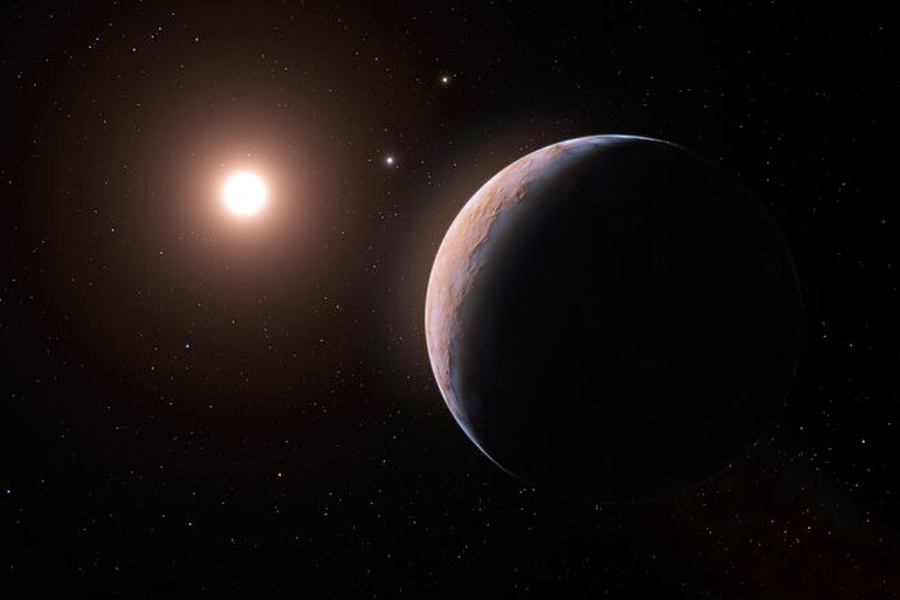 A study published in Science magazine in January 2020 and led by Mario Damasso, an astrophysicist from INAF-Osservatorio Astrofisico di Torino in Italy, claims to have discovered a second low-mass planet around Proxima Centauri.

Proxima Centauri is a small, red dwarf-like star. It is the closest star to the Sun. Located only 4.2 light-years from our star, it is part of a triple system, since Proxima Centauri is itself in orbit around the binary system formed by Alpha Centauri A and B. The proximity of Proxima Centauri makes it a prime target for the search for planetary companions. This star has therefore been studied incessantly over the last fifteen years, using the velocimetry, direct imaging and astrometric methods.

In 2016, a first planet was discovered around Proxima Centauri. It is a temperate planet with a mass of at least 1.3 times that of the Earth. It is located 0.05 astronomical units (the Earth-Sun distance) from its star, which places it in the habitable zone of its star. It is therefore the closest exoplanet to our Solar System and one of the most interesting targets for the characterisation of its atmosphere and the search for signatures related to life.

The article published in January 2020 in the magazine Science and led by Mario Damasso, an astrophysicist from INAF-Osservatorio Astrofisico di Torino in Italy, reports the possible discovery of a second planet around Proxima Centauri. Using data spanning nearly 17 years from the HARPS (High Accuracy Radial velocity Planet Searcher) spectrograph, installed on the 3.6m telescope at La Silla in Chile, and the UVES spectrograph (Ultraviolet and Visual Echelle Spectrograph), installed at the VLT telescope in Chile, the authors have uncovered a different signal from the one associated with the already known planet. This new signal could be related to the activity of the star itself or to a planetary companion. Based on statistical analyses of Proxima Centauri’s light curve, the authors concluded that the star’s activity has a periodicity on a scale of 234 days, which is much shorter than the period of the detected signal of 5.2 years. The next hypothesis is that the signal could come from the presence of a planetary companion. To cause this signal, this planet must have a minimum mass of about six times that of the Earth and an orbital period of 5.2 years.

Is it really a planet?

Additional observations will be required to confirm the planetary nature of the detected signal. Indeed, although analyses to date show that the signal is not due to the activity of the star, the effects of the activity cycles of cold slow-rotating stars such as Proxima Centauri are still misunderstood. 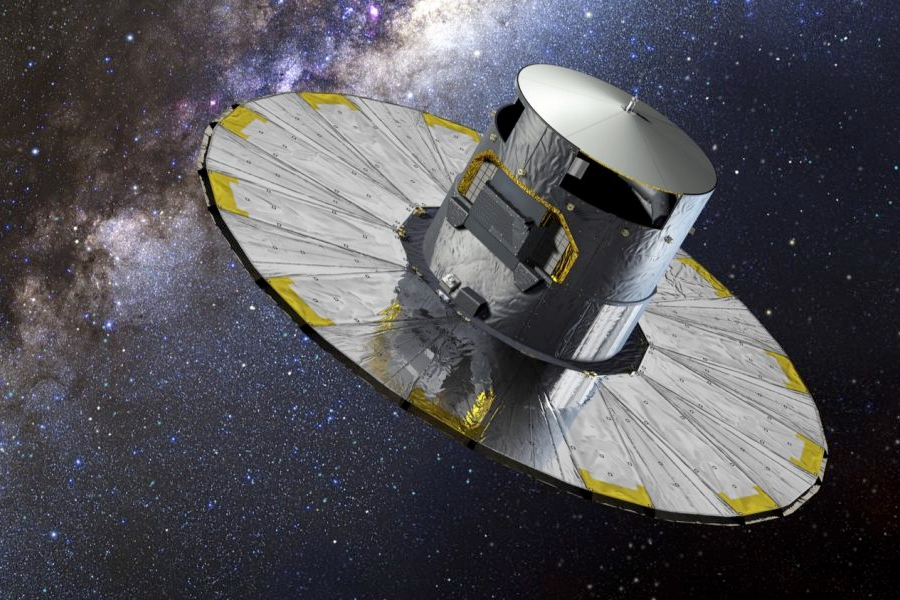 The existence of this candidate presents challenges to super-Earth formation theories. Proxima Centauri would be one of the super-Earths with one of the longest orbital periods detected to date. It would also be the first super-Earth planet located far from its system’s snow line (the region where chemical species are far enough from the system’s star to change from a gaseous to a solid state). The new planet would be located ten times further than this snow line. This is a surprising discovery since current models suggest that super-Earths form at the snow line, where a large amount of matter accumulates.

In order to confirm the planetary nature of the signal, more measurements will be needed. Astrometric data, which are very precise mesurements of the position of Proxima Centauri, will make it possible to know if planet c is real. The data collected by the Gaia Space Observatory during the nominal duration of its mission should be able to clearly detect the signal from planet c.