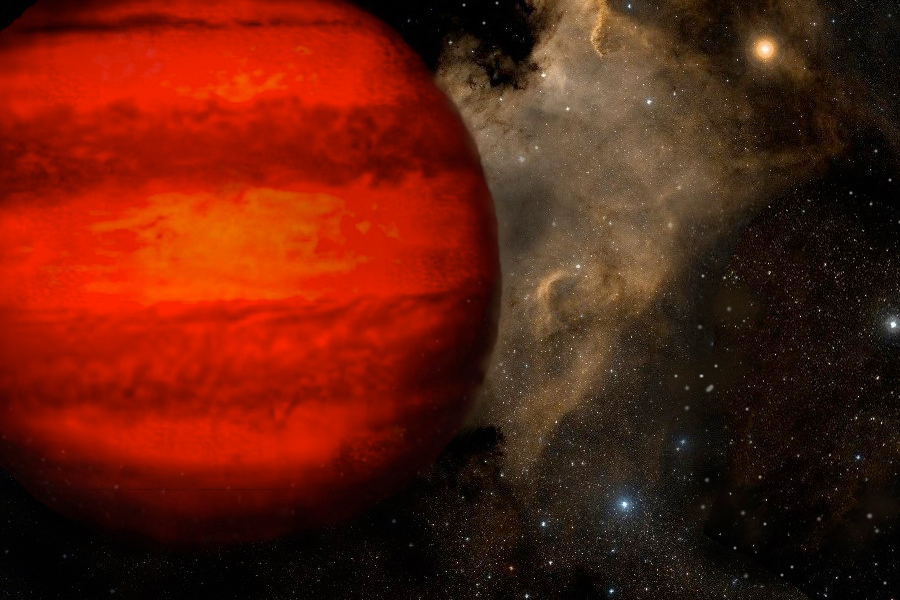 Thanks to the help of citizen scientists, astronomers have confirmed the existence of two of the most unusual brown dwarfs in the Milky Way.

Brown dwarfs form like stars, but are not massive enough to ignite nuclear fusion of hydrogen within their cores — a defining mechanism within proper stars — yet are too massive to be called planets.

They are typically characterised by how bright they are at different wavelengths, which can be measured either through photometry, that provides their colours, or through spectroscopy, that reveals their spectrum, a measurement of brightness across a wavelength range. The colors and spectrum inform astrophysicists about the atmospheric composition of the object.

“These two newly discovered brown dwarfs have colours and spectra unlike anything we’ve ever seen before,” says astronomer and research scientist Adam Schneider of Arizona State University. “And citizen scientists had a huge role in their discoveries.”

Schneider is the lead author of a recently accepted article in the Astrophysical Journal detailing these discoveries and the potential implications.

Schneider first noticed one of the unusual brown dwarfs (WISEA J181006.18−101000.5, or WISE 1810 for short)) a few years ago, but it was located in a crowded area of the sky and its existence was difficult to confirm. 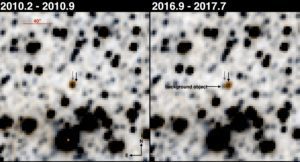 WISE images of the newly discovered brown dwarf WISE 1810 as seen with the WiseView viewer. The object has an orange hue indicative of being a brown dwarf, and these images show its motion from an early WISE epoch (left) to a later one (right). (Credit: Schneider et al. 2020.)

With the help of a tool called “WiseView” created by citizen scientist Dan Caselden, Schneider was able to confirm that the object he had seen was moving, which is a good indication that a celestial body, like a planet or brown dwarf, is near the Earth. “WiseView scrolls through data like a short movie,” says Schneider, “so you can more easily see if something is moving or not.” Another citizen-scientist named Arttu Sainio also identified the object as interesting, independently.

This initiative provides a platform for citizen scientists to search for new objects on the edges of our Solar System using data from NASA’s Wide-field Infrared Survey Explorer (WISE) mission, which has been imaging the entire sky in infrared light. The citizen scientists who found WISE 0414 combed through hundreds of images taken by WISE, looking for movement that can best be detected with the human eye.

“The discovery of these two brown dwarfs shows that science enthusiasts can contribute to the scientific process,” says Schneider. “Through Backyard Worlds, thousands of people can work together to find unusual objects in the solar neighborhood.”

Once the objects were discovered by the citizen scientists, astronomers then used near-infrared spectroscopy to determine their physical properties and confirm that they are indeed brown dwarfs.

Jonathan Gagné, a former Institute for research on exoplanets at Université de Montréal Banting postdoctoral researcher who is now a scientific advisor at the Rio Tinto Alcan Planetarium,  is a scientific member of the Backyard Worlds: Planet 9 project. He analyzed the spectroscopic data of the second brown dwarf, which were taken at the Baade Magellan Telescope at the Las Campanas Observatory in Chile.

“I was really surprised when I first saw the results,” he recalls. “I had to repeat the analysis a few times over, using different calibrations, to convince myself there were no mistakes. The light properties of this brown dwarf were unlike anything I had ever seen, and really different from that of other known brown dwarfs.”

With the discovery of these two unusual brown dwarfs, astronomers may now be able to find more of these objects in the future.

“If we just look for brown dwarfs based on previously known brown dwarf colours, we could miss these sorts of interesting objects with unusual properties,” says Schneider. “These new objects will help us define a new parameter space for brown dwarf discoveries.”

Arizona State University has developed a new model for the American Research University, creating an institution that is committed to access, excellence and impact. ASU measures itself by those it includes, not by those it excludes. As the prototype for a New American University, ASU pursues research that contributes to the public good, and ASU assumes major responsibility for the economic, social and cultural vitality of the communities that surround it.