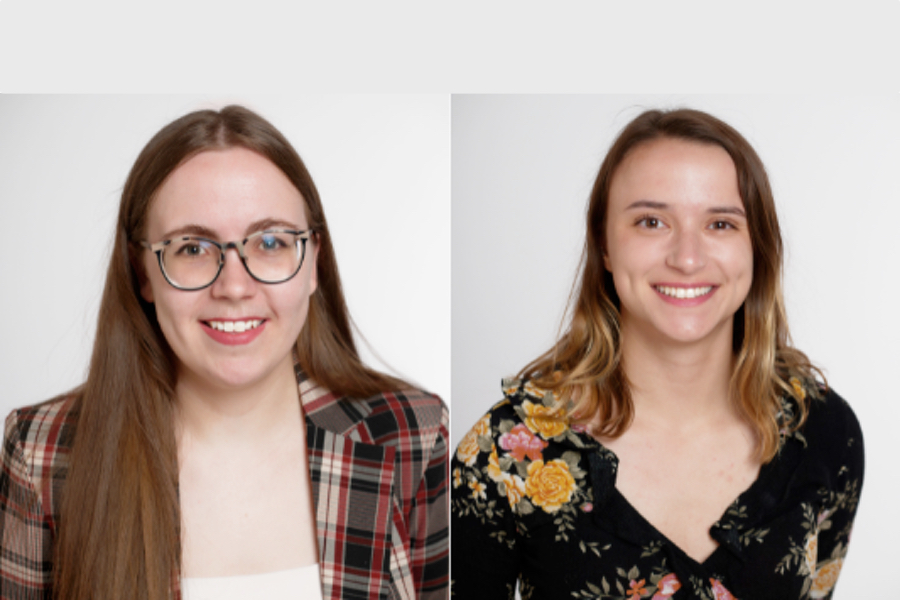 The Chapeau, les filles! competition and its Excellence Science award ceremony was held on June 20 by the Ministère de l’éducation du Québec. Among the 67 winners were two iREx members: Érika Le Bourdais and Leslie Moranta.

Érika Le Bourdais, who recently completed a bachelor’s degree in physics at the Université de Montréal, is our Sureau Fellow in Science Communication this summer. She will start her master’s degree in astrophysics in September with Patrick Dufour. She won one of the Perseverance Prizes from the Centrale des syndicats du Québec.

Leslie Moranta, who recently completed a bachelor’s degree in physics and computer science also at the Université de Montréal, has been doing research with iREx for two years now. She just started her graduate studies with Jonathan Gagné in May. She won an Excellence Science Prize from the Ministère de l’Enseignement supérieur.

The iREx members are proud to have these two women among them, who have carved out a place for themselves in our still male-dominated field of astrophysics thanks to their hard work and dedication.

About the Chapeau, les filles! competition and its Excellence Science awards

The Chapeau, les filles! competition and its Excellence Science awards showcase the determination and work of women enrolled in a vocational training or technical training program, or a bachelor’s program in science or technology that leads to a career in a traditionally male-dominated occupation.