Disintegrating Asteroid is Raining Dust Onto a White Dwarf Star 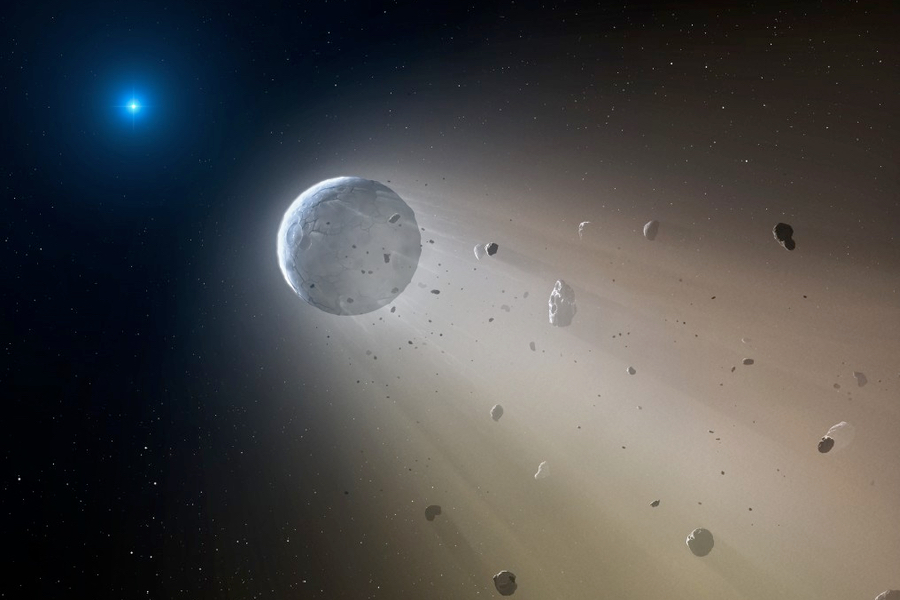 Artistic representation of the disintegration of a rocky celestial body in orbit around the white dwarf WD 1145+017. (Credit: M. A. Garlick)

Astronomers announced today that they have spotted a large, rocky object disintegrating in its death spiral around a distant white dwarf star. The discovery also confirms a long-standing theory behind the source of white dwarf “pollution” by metals. 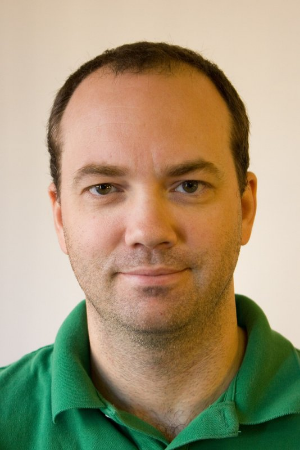 “This is something no human has seen before,” says lead author Andrew Vanderburg, a researcher at the Harvard-Smithsonian Center for Astrophysics (CfA). “We’re watching the destruction of a solar system,” explains his colleague Patrick Dufour, a professor at the University of Montreal’s Department of Physics and member of the Institute for research on Exoplanets (iREx).

The white dwarf star is located about 570 light-years from Earth in the constellation Virgo. The evidence for this unique system came from NASA’s Kepler K2 mission, which monitors stars for a dip in brightness that occurs when an orbiting body crosses the star – it is this dipping that initially intrigued Vanderburg’s team. The data revealed a regular dip every 4.5 hours, which places the object in an orbit about 800,000 km from the white dwarf (about twice the distance from the Earth to the Moon). It is the first planetary object to be seen transiting a white dwarf.

The team made additional observations using a number of ground-based facilities: the 1.2-meter and MINERVA telescopes at Whipple Observatory, the MMT, MEarth-South, and Keck. Combining all the data, they found signs of several additional chunks of material, all in orbits between 4.5 and 5 hours. The main transit was particularly prominent, dimming the star by 40 percent. Moreover, the team’s modelisation of the transit signal also showed a comet-like pattern. Both features suggest the presence of an extended cloud of dust surrounding the fragment. The total amount of material is estimated to be about the mass of Ceres, a Texas-sized object that is the largest main-belt asteroid in our solar system (1000 km).

Show me your light, I’ll tell you who you are

When a Sun-like star reaches the end of its life, it swells into a red giant and sloughs off its outer layers. The hot, Earth-sized core that remains is a white dwarf star, and generally consists of carbon and oxygen with a thin hydrogen or helium shell.

Sometimes, though, astronomers find a white dwarf that shows signs of heavier elements like silicon and iron in its light spectrum. This is a mystery because a white dwarf’s strong gravity should quickly submerge these metals.

Theorists speculated that white dwarfs showing evidence of heavy metals became “polluted” when they consumed rocky planets or asteroids. However, the evidence was often circumstantial. A fraction of polluted white dwarfs showed signs of surrounding debris disks, but the origin of the disks was uncertain. This system shows all three: a polluted white dwarf, a surrounding debris disk, and at least one compact, rocky object.

“We now have a ‘smoking gun’ linking white dwarf pollution to the destruction of rocky planets,” says Vanderburg.

Computer modelling of WD1145+017 undertaken by Dufour determined the chemical composition of asteroid dust which settled on the surface of the star. “It is very similar to the Earth. The study of such objects can teach us a lot on the formation and the composition of rocky planets orbiting other stars”,  he says.

Questions remain about the origin of these rocky objects. The most likely scenario is that an existing planet’s orbit became unstable and it was kicked inward.

What is certain is that the remaining objects will not last forever. The intense heat of the white dwarf is vaporizing them. They also are orbiting very close to the tidal radius, or distance at which gravitational tides from the white dwarf can rip apart a rocky body. Within the next million years or so, all that will remain of these asteroidal bits is a thin metal dusting on top of an innocent-looking white dwarf star.

The article was published in Nature on October 22.