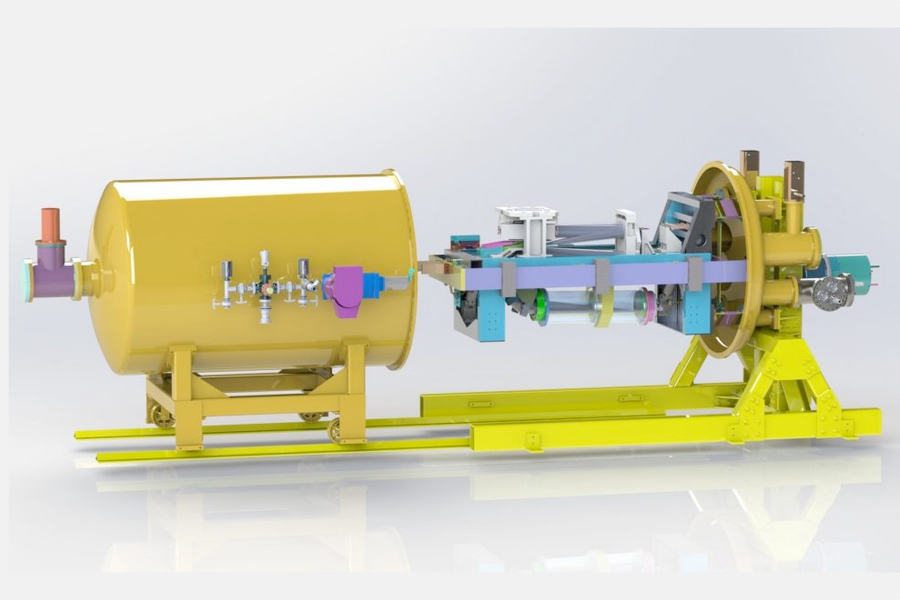 A technical drawing of the NIRPS instrument. (Credit: NIRPS Consortium)

A powerful new instrument called NIRPS (Near Infra Red Planet Searcher) is to be installed on the ESO 3.6-metre telescope at the La Silla Observatory in Chile.

NIRPS will complement the HARPS (High Accuracy Radial velocity Planet Searcher) instrument currently attached to the ESO 3.6-metre telescope at the La Silla Observatory in Chile. HARPS is the world’s most productive planet-hunting instrument using the radial velocity method, and it has revolutionised our understanding of exoplanetary systems. NIRPS will become the “red arm” of HARPS, extending the telescope’s capability into the infrared and allowing astronomers to characterise planetary systems. ESO will allocate 725 observing nights over a five-year period to the NIRPS team.

The main goal of NIRPS is to use the radial velocity method to detect and characterise planets orbiting cool, red, low-mass M-type stars. In particular, NIRPS aims to find Earth-like rocky planets that could potentially be habitable. M-type stars are of particular interest because the radial velocity variations induced by an orbiting planet are larger for a less-massive star than a Sun-like star, and hence their planets — including those in the habitable zone — are more easily detected. NIRPS will operate in the infrared as this is the main range of wavelengths emitted by such small, cool stars. For red stars, which are the most common kind in the solar neighbourhood, NIRPS is expected to produce data that are at least as accurate as currently available with the HARPS instrument.

NIRPS is expected to see first light in the last quarter of 2019.

The first phase of the NIRPS project will involve the installation of a new Cassegrain adapter to replace the one currently on the ESO 3.6-metre telescope. This new unit will include adaptive optics capability and will be commissioned using the HARPS spectrograph. Meanwhile the NIRPS instrument will be assembled and tested in Canada, following which it will be integrated with the new Cassegrain adapter on the telescope.