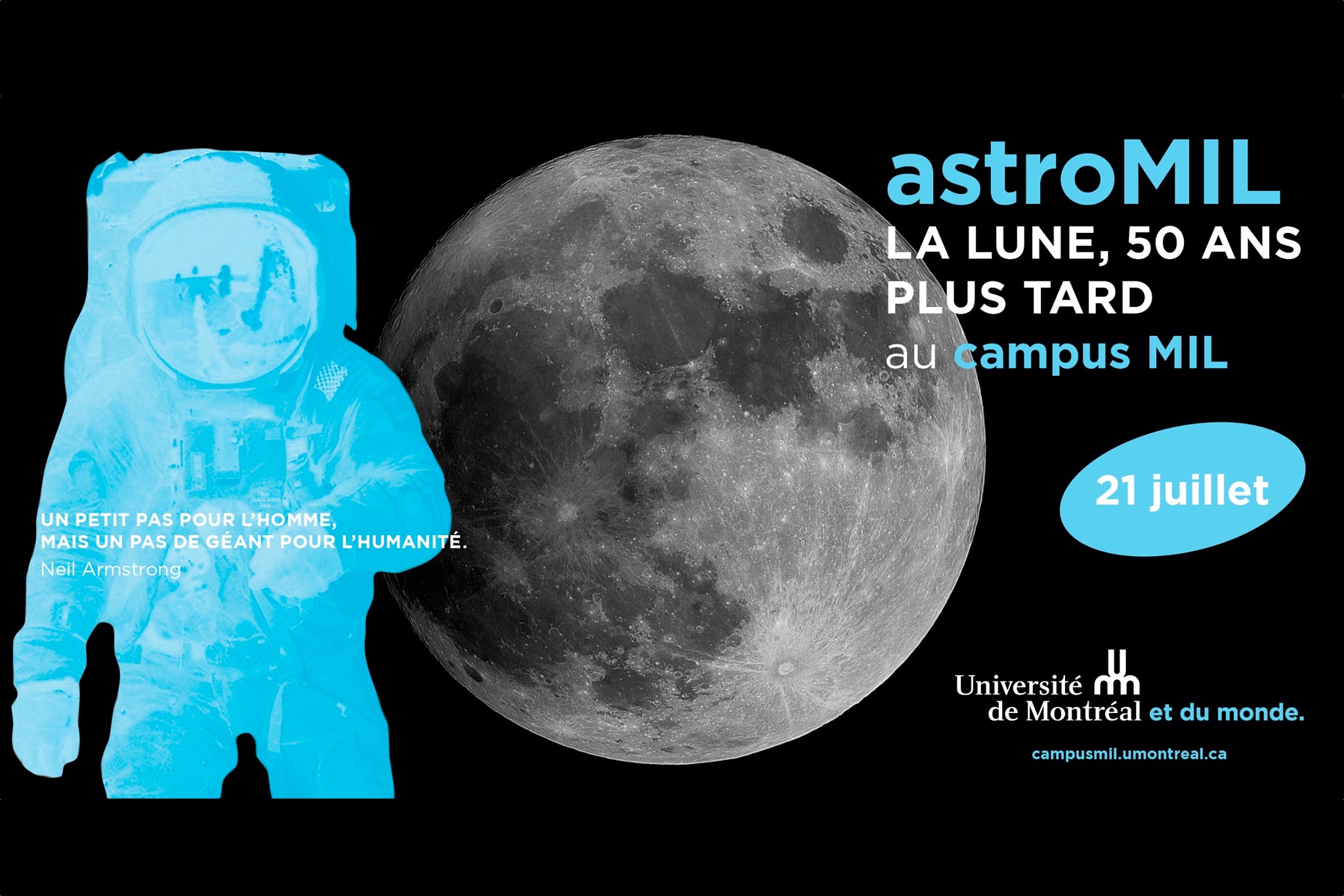 The Institute for Research on Exoplanets and the Université de Montréal invite you to discover the new MIL Campus during this cosmic party that will be commemorating the 50th anniversary of the Apollo 11 mission and the first steps on the Moon.

On July 21st 1969, Neil Armstrong became the first person to set foot on the Moon. 50 years later, Université de Montréal’s Campus MIL will host a great celebration where the Moon and astronomy will be honoured.

On the program: fun activities for the whole family, panel discussions, a movie under the stars and astronomical observations.

Throughout the day, participate in activities, visit the booths and complete your lunar passport (available on site).

We will see you on avenue Thérèse-Lavoie-Roux starting at 1PM!

Several partners have joined forces with the Université de Montréal and its departments of chemistry, geography, physics and biological sciences to offer you fun activities. Come test your scientific knowledge and have a blast!

Be among the first to visit the brand new Complexe des sciences library! Virtual reality, archives, exhibitions, a virtual visit of the Moon and film viewings are on the agenda.

A panel discussion moderated by Yanick Villedieu, science journalist. With Olivier Hernandez, a graduate of UdeM and Director of the Rio Tinto Alcan Montreal Planétarium, and Samir Saul, professor in the Department of History.

Come and hear our experts talk about this historic moment, both from a scientific and socio-historical point of view. Audience members will also be invited to ask their questions!

In early 2019, the City of Montréal unveiled the first public work of art on the Campus MIL site, designed by Patrick Bernatchez. The provisional title of the work, 29 · 53, refers to the average number of days between two new Moons, or 29.53.

Come and hear Patrick Bernatchez talk about his work and his artistic approach.

3:45PM | DISCUSSION UNDER THE BIG TOP: WHAT DOES THE FUTURE HOLD?

The Universe contains so many mysteries. Come and demystify some of them with our researchers!

In a relaxed atmosphere, on the site of the Campus MIL’s ephemeral projects, meet world-class scientists during our Happy Hour to the sound of a DJ. Street food and alcohol will be available for sale.

Come and observe Jupiter and its Galilean moons as well as Saturn and its rings.

Link to the event on the UdeM Calendar 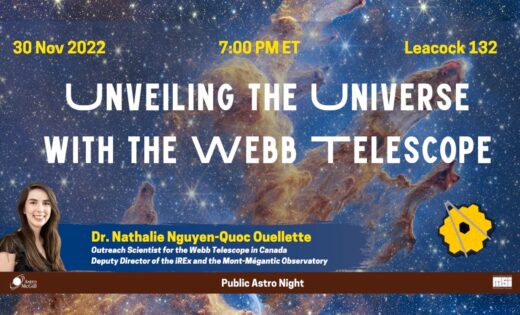