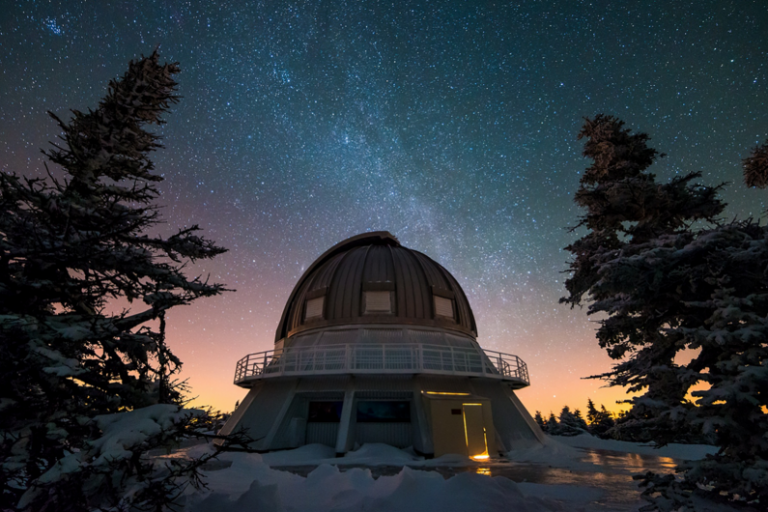 Ottawa and Quebec announce $4M in funding for the world-class observatory through 2023.

With a shower of shooting stars expected in the coming days, the Mont-Mégantic Observatory has even more reason to celebrate: it has now secured funding for the next five years.

The federal government confirmed funding of $500,000 a year for the next five years, while the provincial government is adding $300,000 a year over the same period. The Mont-Mégantic Observatory, which is celebrating its 40th anniversary this year, is a partnership between Université de Montréal and Université Laval.

The Observatory is a unique research and training site: it is the only place in Canada where future astronomers and astrophysicists can be trained using a telescope, and this telescope is the best in the country. Researchers are also developing cutting-edge astronomical instruments. For example, one of the four scientific instruments of the James Webb Space Telescope, to be launched by NASA in 2021, was developed at the Observatory, in close collaboration the Canadian Space Agency, Canadian Industry and the National Research Council of Canada.

“This observatory is a key that opens the door to space for all Canadians,” Breton said. “It is one of the tickets we have to continue to access and participate in space exploration as a nation.”

“This five-year funding recognizes the national and international nature of our Observatory, and will allow Canadian and Quebec astrophysicists to remain at the forefront of astrophysics on the international stage,” said Doyon.

About the Mont Mégantic Observatory