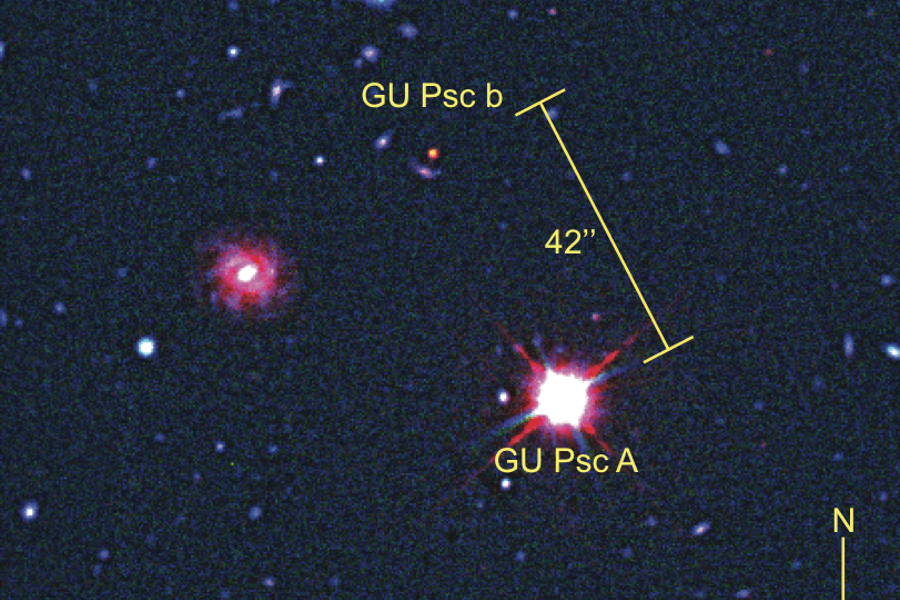 Marie-Eve Naud, a PhD student at the Institute for Research on Exoplanets (iREx) and Université de Montréal, is in Québec Science top 10 discoveries of 2014.

They discovered, using the direct imaging technique, a giant gaseous planet around GU Psc, a star in the Pisces constellation that is 3 times less massive than the Sun. The planet, GU Psc b, revealed its secrets to the researchers, who used observations from various telescopes: the Observatoire du Mont-Mégantic (OMM), Gemini North and South, Canada-France-Hawaii (CFHT) and Keck. Located very far from its star – 2000 times the distance between the Earth and the Sun – it takes about 163,000 Earth years for this planet to complete one orbit around its host! The researchers took advantage of this unique characteristic to obtain images of the planet more easily.

The general public is now invited to vote for the discovery of the year, among the ten selected by the magazine, on Québec Science webpage:  http://www.quebecscience.qc.ca/decouverte2014

All of iREx members congratulate Marie-Eve and its collaborators to be part of this top 10!

Link to the discovery:   http://www.nouvelles.umontreal.ca/udem-news/news/20140513-enlightening-pisces-star-signs-lead-scientists-to-discovery.html