HiCIBaS, a stratospheric balloon borne telescope project for the direct imaging of exoplanets 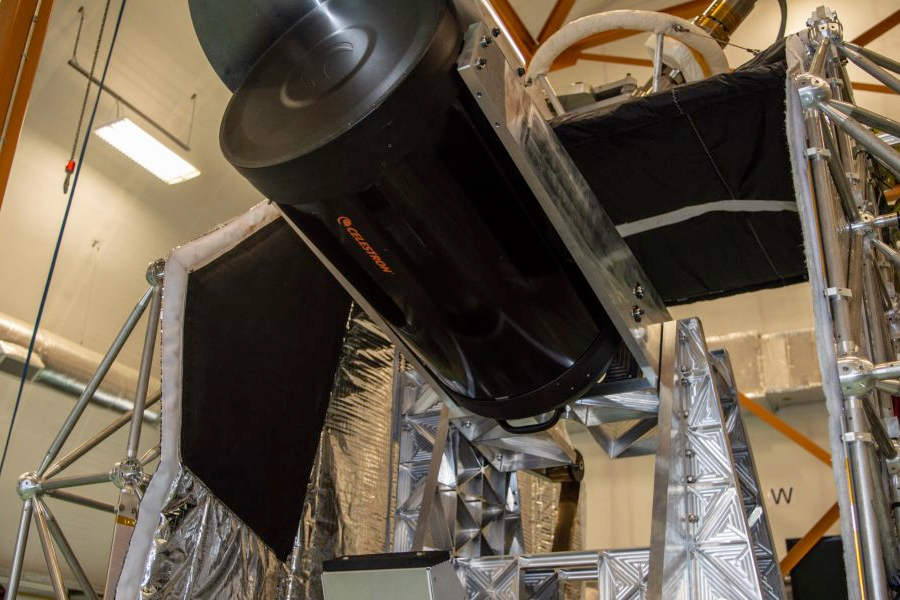 HiCIBaS, a stratospheric balloon borne telescope project from Université Laval led by Prof. Simon Thibault, associate member at iREx, will soon launch as part of CSA Strato-Science 2018 campaign. The main goal of HiCIBaS is to put to the test innovative instruments that could be used for the direct imaging of exoplanets in a space-like environment.

The team is currently in Timmins, ON to finalise the integration of the system onto one of CNES’ gondola. Along with six other Canadian projects, HiCIBaS will fly for 8h at 35km of altitude. The launch window is scheduled from August 13-25, 2018.

Funded by the CSA FAST program in 2016, High Contrast Imaging Balloon System (HiCIBaS) aims at flying innovative instruments on a stratospheric balloon operated by CNES, and at training the next generation of scientists and engineers for the Canadian space sector. More importantly, HiCIBaS will also characterize the impact of the atmosphere on the direct imaging of exoplanets at an altitude of 35 km to validate the feasibility of longer missions, with a larger telescope.

Even though space-based astronomical telescopes provide invaluable data and incredible pictures that would not be possible on the ground, they are still scarce and expensive. Stratospheric balloon flights offer a more affordable alternative to space missions but with similar imaging conditions.

HiCIBaS takes advantage of that setting to test equipment aimed at future space-based missions, like two EMCCDs from Nüvü Caméras, a Montréal-base company. HiCIBaS’ payload hosts two scientific subsystems. Both will gather information on atmospheric conditions that can be expected for balloon-borne missions. 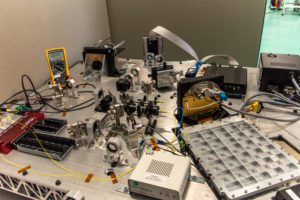 HiCIBaS uses a 14-inch off-the-shelf telescope to collect light from the stars. A custom mount and control system allow the pointing of the telescope towards a target. The starlight is steered in the direction of the subsystems using a moving mirror and various lenses.

The Low-Order Wavefront Sensor (LOWFS) is the subsystem that allows HiCIBaS to record the effect of turbulent atmosphere on the starlight. It will also provide the fine steering of starlight to correct for vibrations of the gondola. First described last year in an AO4ELT5 AO4ELT5 conference proceeding, the LOWFS went through a successful 8-night qualification run at Observatoire du Mont-Mégantic at the end of 2017. 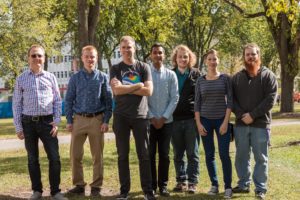 The second subsystem is the vAPP coronagraph coupled with a deformable mirror. It is the result of a collaboration with Universiteit Leiden and SRON-Netherlands Institute for Space Research. This specific coronagraph allows for wavefront sensing in the focal plane using modified holographic images of the target star. Using a deformable mirror provided by Iris-AO, it is then possible to correct for static aberrations produced by the optical layout. While the current setup does not allow for direct exoplanet imaging, it will be possible to measure the quality of the « dark-hole » necessary for high contrast imaging.

After the launch, the team will map a turbulence profile for the atmosphere at this altitude using data from both subsystems. It will allow for a better evaluation of the requirements for future high-contrast imaging systems stratospheric balloon flights.