Hunting for giant planet analogs in our own backyard 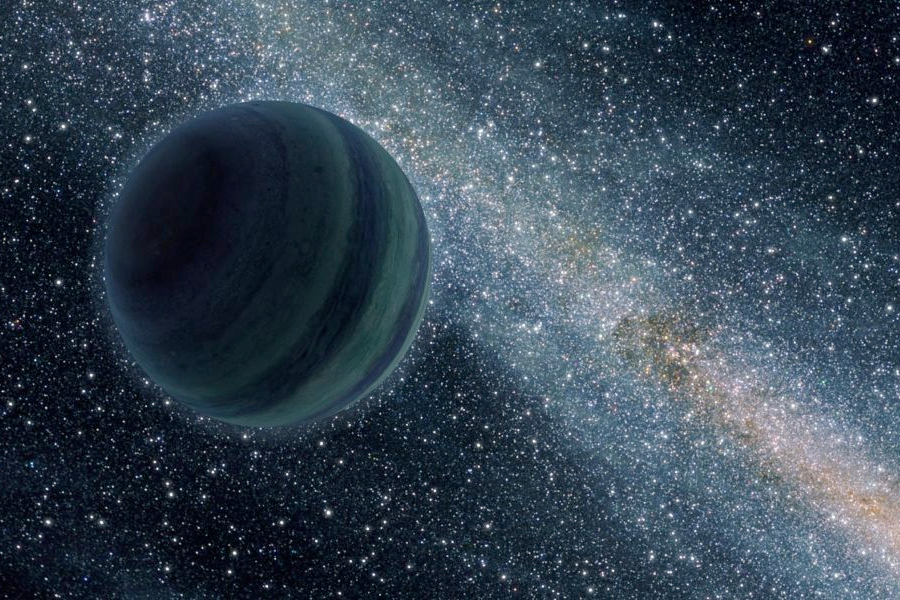 An artistic representation of a rogue planet. (Credit: NASA/JPL-Caltech)

There may be a large number of undetected bright, substellar objects similar to giant exoplanets in our own solar neighborhood, according to new work from a team led by Carnegie’s Jonathan Gagné and including researchers from the Institute for Research on Exoplanets (iREx) at Université de Montréal. It is published by The Astrophysical Journal Supplement Series.

Similarly-aged stars moving through space together in a group—described by astronomers as an association—are of great interest to researchers, because they are considered a prime target to hunt for brown dwarfs and free-floating planet-like objects.

Recent studies of an association of stars called TW Hya have revealed some of the first known isolated giant planet-sized objects in the neighborhood of our own Sun, about 100 light years away. This group contains a few dozen 10-million-year-old stars, all moving together through space.

In order to determine whether or not there are more stand-alone planetary mass-sized objects like these in the TW Hya association, Gagné and his team undertook the calculation of an astronomical measurement called the initial mass function. This function can be used to determine the distribution of mass in the group and to predict the number of undiscovered objects that might exist inside of it.

“The initial mass function of TW Hya had never been published before,” Gagné said.

In the process of this analysis, the team was able to determine that there are probably many more objects between five and seven times the mass of Jupiter in the association that haven’t been discovered yet.

“The TW Hya association extends out to a distance of ~250 light years, but our instruments aren’t sensitive enough yet to detect giant planets-like members at this distance, hence many of them might remain to be discovered,” Gagné added.

The Carnegie Institution for Science is a private, nonprofit organization headquartered in Washington, D.C., with six research departments throughout the U.S. Since its founding in 1902, the Carnegie Institution has been a pioneering force in basic scientific research. Carnegie scientists are leaders in plant biology, developmental biology, astronomy, materials science, global ecology, and Earth and planetary science.