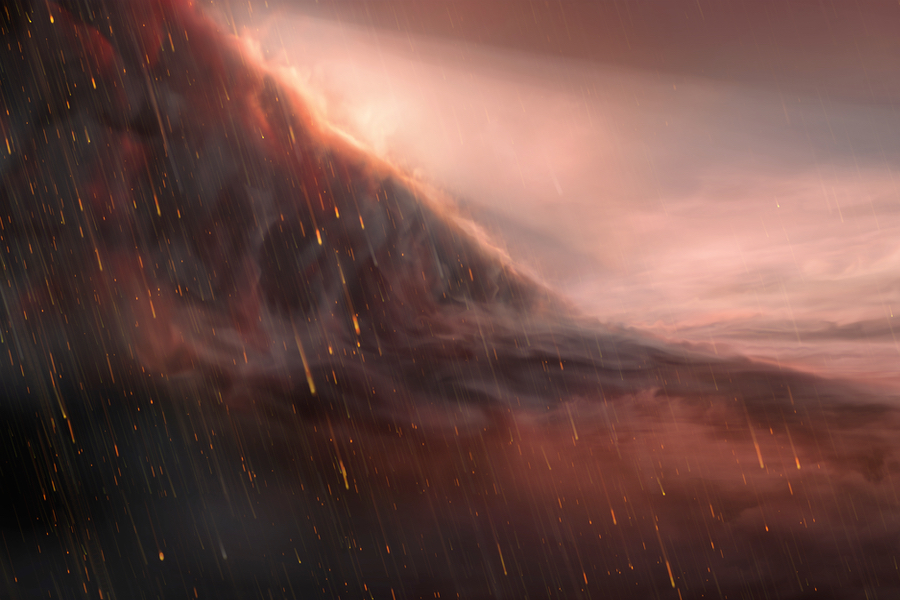 A team of researchers led by David Ehrenreich of the Observatoire astronomique de l’Université de Genève has discovered iron rain on the exoplanet WAPS-76b.

An article published in March 2020 in the journal Nature presented the results of a team of researchers led by David Ehrenreich of the Observatoire astronomique de l’Université de Genève. The authors used the ESPRESSO instrument (Echelle Spectrograph for Rocky Exoplanets and Stable Spectroscopic Observations) on the Very Large Telescope located in Chile to study the exoplanet WASP-76b.

WASP-76b is a hot Jupiter. It has about the mass of Jupiter and an orbital period of 1.8 days. It was discovered in 2013 by the transit method. It orbits WASP-76,  a star located 636 light years from Earth. The star is an F7 type, which means that it is slightly larger than our Sun. WASP-76b is the only known planet in this system at this point. 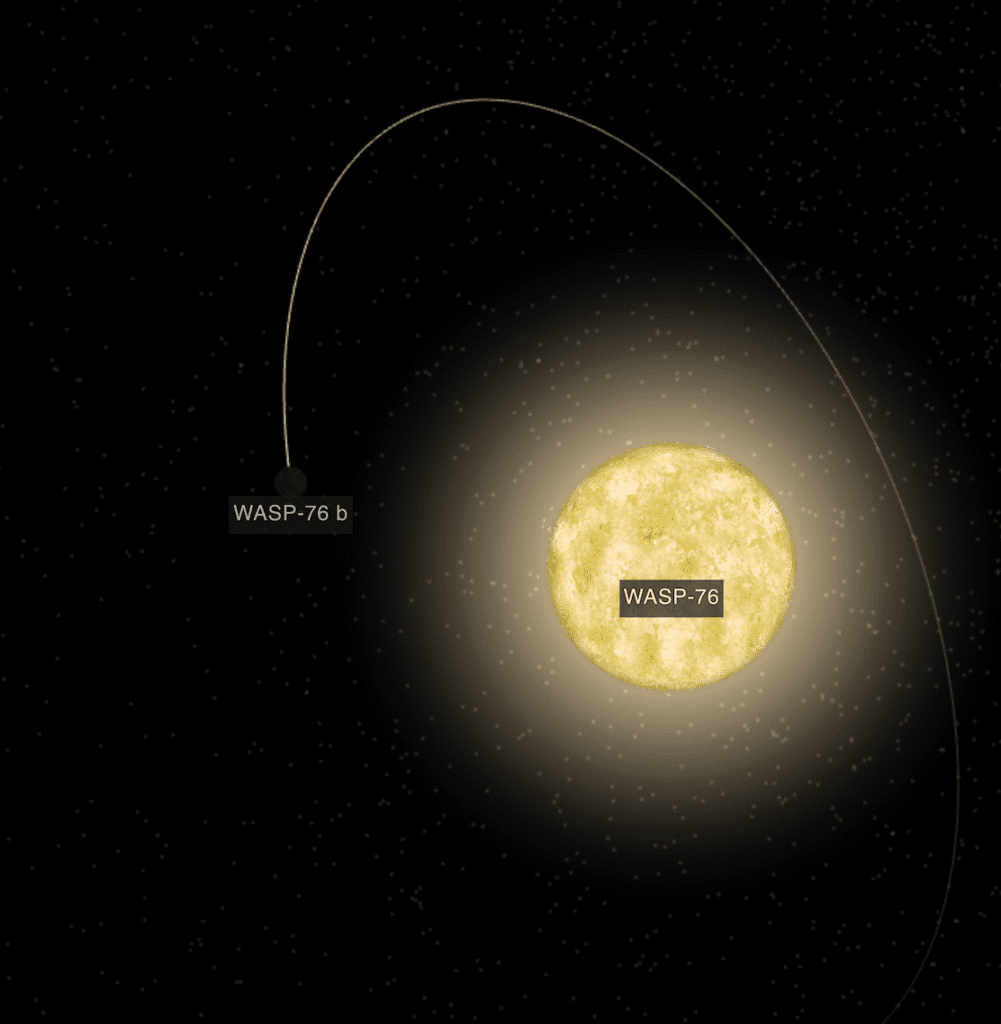 The orbit of WASP 76b around its star WASP 76. From NASA’s Exoplanet Catalog.

WASP-76b is tidally locked to its star, which means that its period of revolution is equal to its period of rotation. It therefore always shows the same side to its star and has one side where it is perpetually night and one side where it is perpetually day. Since WASP-76b is much closer to its star than the Earth is to the Sun, it receives a much greater amount of radiation. Indeed, it is over 2400°C on the dayside of the exoplanet and about 1500°C on its nightside. The extreme temperature difference between the two sides can create strong winds. The work of the authors has shown that there are winds of 18,000 km/h in the exoplanet’s atmosphere that can transport the elements from the dayside to its nightside. This high temperature means that the metals that make up the planet are vaporized on the dayside. Using a numerical model, the authors concluded that neutral iron atoms are present on the dayside, at a temperature that means that iron is in the form of a gas. However, very little iron was detected on the nightside as well as at the transition from the nightside to the dayside (a geographical position on the exoplanet that corresponds to the morning). This means that the wind carries the iron atoms from the dayside to the nightside. When the iron reaches the transition between day and night (or the evening), the temperature decreases, and the iron condenses into liquid iron drops.

WASP-76b is a gas giant planet, which means that it has no surface on which liquid iron could accumulate. Drops of iron will sink into the planet until they reach a higher temperature and vaporize again.