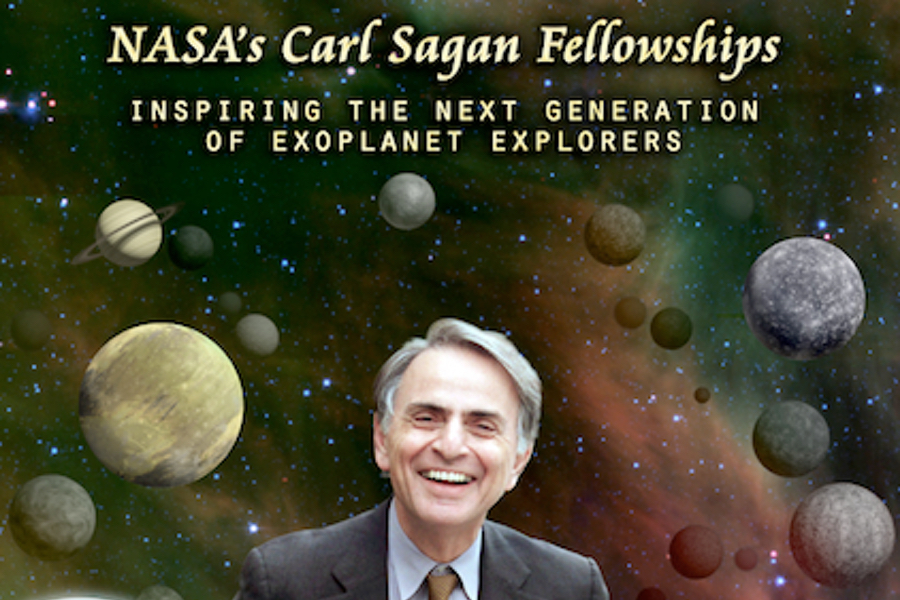 NASA's Carl Sagan Fellowship is one of the most prestigious postdoctoral fellowships in the astronomy world. (Credit: NASA)

Jonathan Gagné, a doctoral student at the Institute for Research on Exoplanets (iREx) at the Université de Montréal and a student member of the Centre for Research in Astrophysics of Quebec (CRAQ), is the first Quebecer to receive the prestigious Carl Sagan Fellowship.

The Carl Sagan Postdoctoral Fellowship Program supports outstanding young scientists to conduct independent research related to the science goals of NASA’s Exoplanet Exploration Program. The primary goal of this program is to discover and characterize planetary systems and Earth-like exoplanets around nearby stars. Fellows receive financial support to conduct research at a host institution in the United States for up to three years.

The benefits of Jonathan Gagné’s PhD project are numerous, ranging from understanding the atmospheres of gaseous exoplanets, which are particularly difficult to study because their host star is typically very close and blinds the instruments, to determining the targets of choice for future exoplanetary systems, to enabling population statistics to be performed to better understand the initial mass function (i.e., the histogram of the number of exoplanets or stars as a function of mass).

Once his thesis is submitted to iREx, Jonathan will continue his study at the Canergie Insitute for Science in Washington. There he will attempt to explore the link between the atmospheres of brown dwarfs and giant exoplanets in order to test his scientific hypotheses.

Link to the NASA Announcement: http://nexsci.caltech.edu/sagan/2015postdocRecipients.shtml