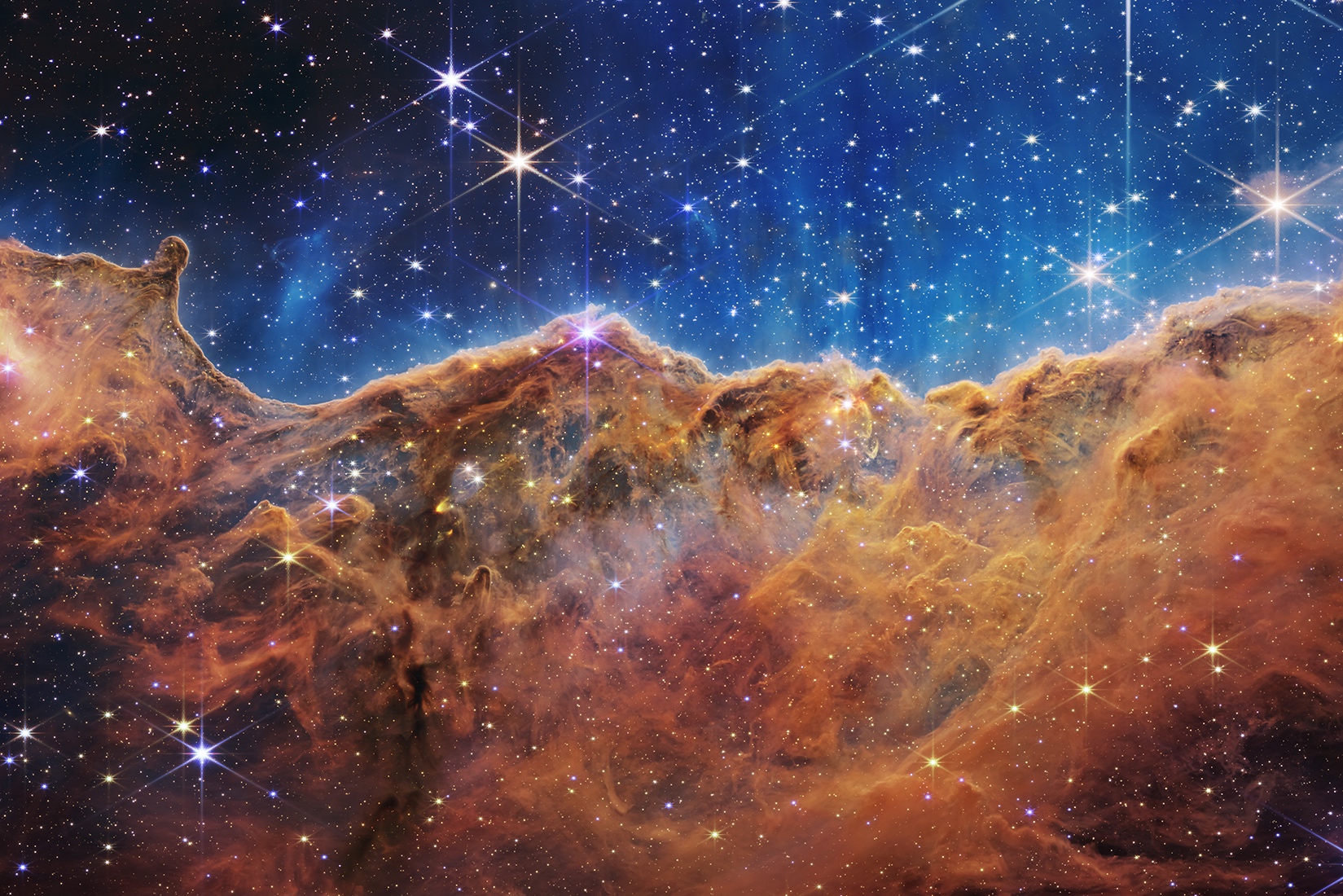 An image of the NGC 3324 star-forming region in the Carina Nebula, observed by the Webb Telescope's NIRCam and MIRI instruments. (Credit: NASA/ESA/CSA/STScI)

To mark the release of the Webb Telescope’s first images over the Summer of 2022, our Deputy Director Nathalie Ouellette, who is also the Outreach Scientist for Webb in Canada, reflects on what this mission means to her and to a generation of young researchers. 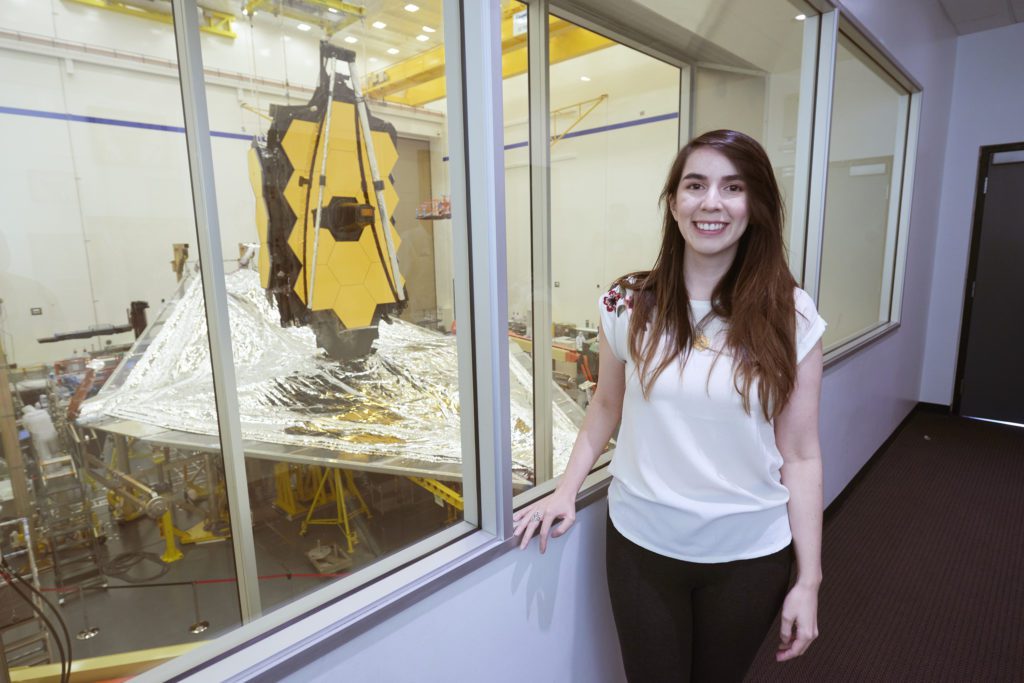 The birth of an astrophysicist

People often ask me how I came to be an astrophysicist. Like many of my colleagues, I fell in love with the wonders of the cosmos at a very young age. However, having been born and raised in Montreal, an urban centre, by parents who didn’t really take us camping, I didn’t grow up with the benefit of a dark night sky. I had the occasional first-hand (or, perhaps, first-eye) encounter like viewing comet Hale Bop in 1997 or spotting Jupiter and its moons in a telescope from our front yard. Most of my amazement for space came from the images I saw in library books and television documentaries my parents, both engineers, encouraged me to peruse.

These books and documentaries were filled with incredible images of galaxies, nebulae, and the planets of our Solar System. I was only 2 ½ years old when the Hubble Space Telescope was launched and 6 years old when its first Servicing Mission, which fixed the flaws in its optics, was deployed. I grew up with Hubble and was but one of many millions, if not billions of people who fell in love with the mission and how it allowed us to see the Universe like never before.

I now know that at that time, behind the scenes, work was already beginning for the next great space observatory. The “Next Generation Space Telescope”, which would eventually be renamed the “James Webb Space Telescope”, was being developed to pick up where Hubble would leave off in terms of seeing farther than ever before in the Universe thanks to an unprecedented collaboration between NASA, the European Space Agency, and the Canadian Space Agency.

I have only been a member of the Webb Team for 4 years, and many of my colleagues have spent the majority or even the entirety of their professional lives working on this mission. But I still need to pinch myself at the thought that I am part of this incredible adventure whose seed was planted just as my passion for science and space was taking form as well! And, as the Outreach Scientist for the Webb Telescope in Canada, it is my job to make sure that all of Canada feels like they are also part of this journey. 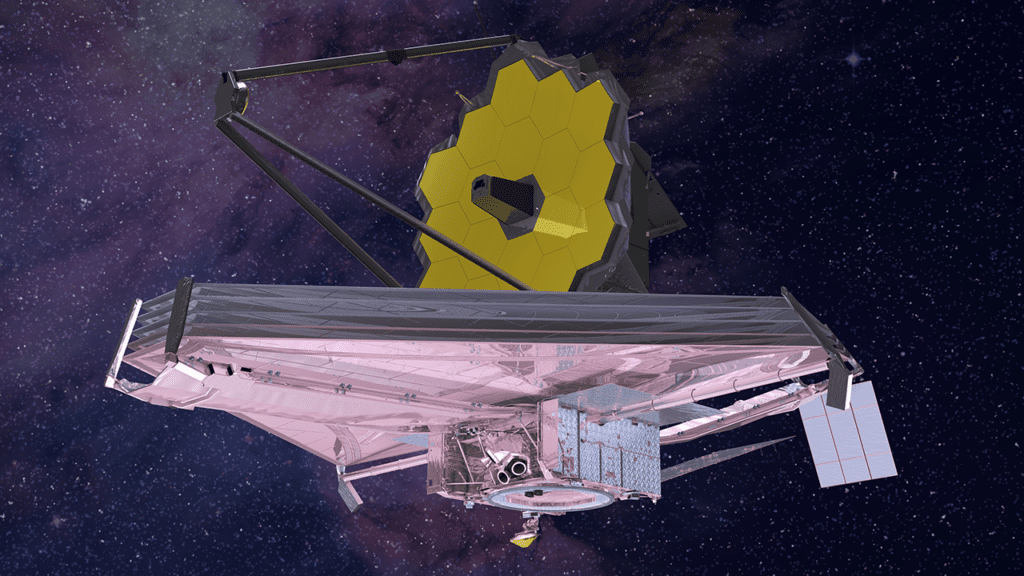 While the Webb Telescope is often touted as Hubble’s successor, both missions are actually quite complementary and have key differences. Of course, in the spirit of always pushing the boundaries of scientific discovery, Webb’s mirror has a surface area about 7 times larger than Hubble’s. This makes Webb the largest space telescope ever, with an 6.5-metre wide 18-segment primary mirror and a sunshield the size of a tennis court.

Webb is so large, in fact, that it needed to be constructed as a foldable observatory to fit in the Ariane 5 rocket that launched it into space. Its 14-day deployment on its way to its final destination, the Lagrange 2 point located 1.5 million kilometres from Earth, is arguably one of the most complex technological manoeuvres ever performed by humanity. And, thankfully, it went off without a hitch thanks to the many years of rigorous trials and tests Webb underwent while still on Earth!

Another key difference between Webb and Hubble is the kind of light they observe. The Hubble Telescope is most sensitive to the same light as human eyes are: visible light. It can also see a bit into the ultraviolet and the very near-infrared. Since one of Webb’s initial scientific objectives was to peer farther back in time at the first galaxies ever formed after the Big Bang, and since this light has been redshifted (a phenomenon wherein a distant object’s light is stretched out into longer wavelengths due to the expanding Universe) from its original blue and ultraviolet light to infrared, Webb has been designed to observe infrared light.

Luckily, there are also a multitude of fascinating celestial objects such as planets (within and beyond our Solar System), cool stars and protoplanetary discs that shine in the infrared. Another advantage to observing in the infrared is how it interacts with the cosmic dust and gas that is scattered through much of the cosmos. Near-infrared light can pierce through this dust (whereas visible light is blocked by it), thus unveiling the secret of hidden processes like the birth of stars. Dust and gas themselves glow in the mid-infrared.

The first six months of Webb’s mission, starting from its incredibly successful launch from French Guyana on December 25th 2021, have gone better than the team could have hoped for. This commissioning phase was an incredible display of teamwork, scientific rigour, and incredible feats of engineering that included the alignment of Webb’s mirror, the cooling of the observatory, and the calibration and testing of all its instruments.

The whole world was rewarded for its patience during Webb’s 6-month long commissioning on July 12th 2022 with the release of the mission’s first high-resolution full-colour images. The set of five main images (which were actually four photometric images and 1 spectrum) were accompanied by many additional infographics and images that made the release all the more tantalising. The goal of this first release was to show the potential of all of Webb’s instruments in many of their different modes while observing a range of different types of objects, from exoplanets to extremely distant galaxies. Another goal was, of course, to inspire awe and wonder in all those that saw the images. I sincerely believe the release was a huge success on both fronts!

The images revealed included the first Webb Deep Field (over 7000 galaxies, some appearing as they were 13.1 billion years ago), the Carina Nebula (an incredible landscape of cosmic cliffs showing the birth of stars), the Southern Ring Nebula (a planetary nebula leftover from the death of a star), and Stephan’s Quintet (a group of interacting and colliding galaxies). 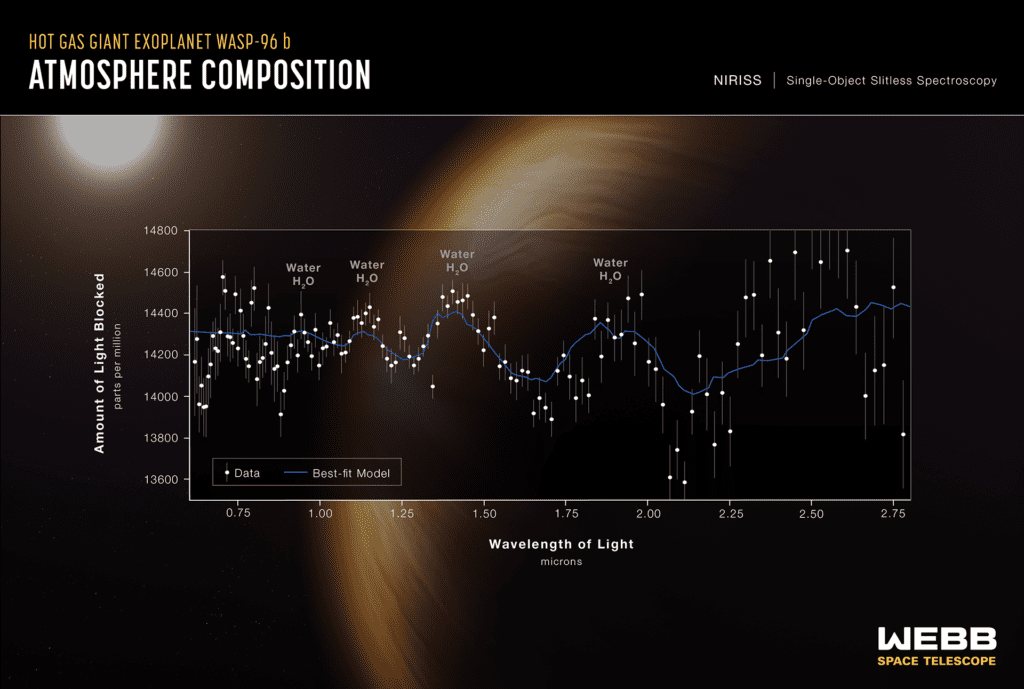 A graph showing the atmospheric transmission spectrum of the exoplanet WASP-96 b as collected by the Canadian NIRISS instrument on the Webb Telescope. The bumps and wiggles in the spectrum indicate a clear detection of water vapour in the exoplanet’s atmosphere. (Credit: NASA/ESA/CSA/STScI)

I must give special mention to the released atmospheric transmission spectrum of the exoplanet WASP-96 b, a hot gas giant planet 1150 lightyears away, taken by NIRISS, the Canadian instrument aboard Webb. This incredible dataset showed the mind-blowing power, resolution, and sensitivity of NIRISS for determining the atmospheric composition of distant exoplanets. In the case of WASP-96 b, we found a definitive detection of water vapour and strong evidence for haze and clouds.

Although not a scientific instrument, Webb’s Fine Guidance Sensor (FGS) ensures that the telescope is able to lock on to all its celestial targets during each of its observations to produce the high-quality visuals we see. The FGS, which is Canada’s other contribution to the mission in addition to the NIRISS instrument, is thus a mission-critical element of which we can be proud.

Of course, Webb’s first images is really only the start of the mission. The released images represent only 5 days of observation on the telescope. With an estimated lifetime of 20 years, I can guarantee that Webb will enable countless scientific discoveries set to revolutionise the world of astronomy and our understanding of our place in the Universe. The first year of observations has already been scheduled, and this includes many programs being led by Canadian astronomers. But ultimately, we want everyone to take ownership of this telescope. Because Webb and other space astronomy missions like it are about feeding our curiosity and wonder about the mysteries of the Universe. And the Universe belongs to all of us.