Lyot 2015: Montreal is the International Capital of Exoplanets this Summer 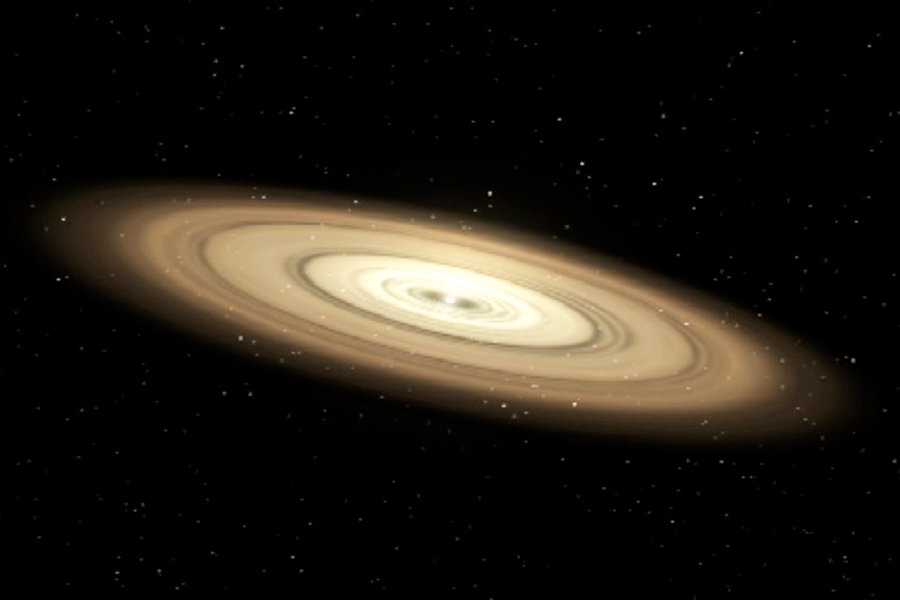 An artistic representation of a protoplanetary disk around a young star. (Credit: NASA)

On June 22-26 this year, Montreal will host “In the Spirit of Lyot 2015“, an international conference on direct detection and characterization of exoplanets and circumstellar disks.

After a first edition in Europe (Paris, France) in October 2010 and second in the United States (Berkeley) in June 2007, the third edition of this conference will take place in the French-Canadian metropolis. The conference is named after the French astrophysicist Bernard Lyot, who invented coronagraphy in 1931. This method is commonly used to detect and characterize exoplanets through direct imaging and allows to observe the surrounding of very bright light sources (“high-contrast imaging”),

Many high-calibre speakers will present the latest results on exoplanets, brown dwarfs and protoplanetary disks detection and characterization. The dynamic and architecture of stellar system will be discussed, as well as the study of the atmospheres of exoplanets and other low-mass objects. The latest developments on high-contrast imaging techniques and the upcoming exciting perspectives in the field will also be presented.

The conference, organized by iREx members in partnership with Université de Montréal, the Centre for Research in Astrophysics of Québec (CRAQ), Tourism Montréal, the Hôtel Marriott Château Champlain and the Observatoire du Mont-Mégantic (OMM), will bring more than 200 researchers from Quebec, Canada, USA, Europe, South America and Asia in downtown Montreal, at the Marriott Château-Champlain hotel. The Scientific Organizing Committee is composed of exoplanets experts from Europe and USA, including Paul Kalas, professor at University of California, Berkeley and instigator of the very first Lyot conference.