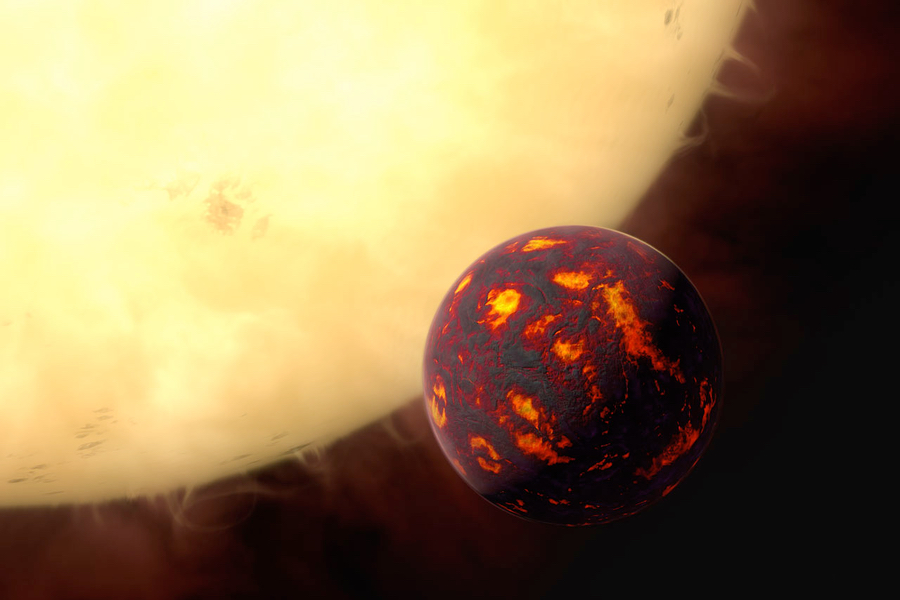 Artistic representation of the exoplanet 55 Cancri e, studied by Lisa Dang for her thesis. (Credit: ESA/Hubble)

Lisa Dang, an iREx student at McGill University, submitted her thesis in the summer of 2022. Here she summarises the research projects she conducted as part of her Ph.D.

Studying the climate of distant exoplanets with the Spitzer Space Telescope 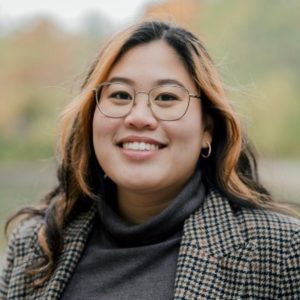 During my Ph.D., I used data from NASA’s Spitzer Space Telescope to study exoplanets. Spitzer, a telescope that was in operation between 2003 and 2020, was not specifically designed to study exoplanets. However, because it operates in the infrared light range, where planets are brightest, this telescope has helped us learn more about these new worlds and achieved several firsts in our field.

It is namely thanks to Spitzer that astronomers were able to observe for the first time an exoplanet during its entire course around its star, and obtain what is called a phase curve. This phase curve, which shows the brightness of the planet as different portions of its surface are exposed, enables us to deduce the presence of an atmosphere and to study how the temperature varies with longitude. Throughout my studies, I was able to learn more about the climate of several exoplanets by studying their phase curves. The first one, CoRoT-2b, is a young hot Jupiter that has a circular orbit, which means that its distance to its star is roughly constant. The second one, XO-3b, is a massive hot Jupiter which has an eccentric orbit, its distance to its star thus varies notably. The third, 55 Cancri e, is a rocky planet which is very close to its star, so its surface is probably covered with lava.

By studying the phase curves I obtained for CoRoT-2b, XO-3b and 55 Cancri e, I realised that the climate of an exoplanet close to its star cannot be explained only by its current position around the star. What is interesting about this result is that our observations could possibly tell us more about the history of these hot worlds. Additionally, I realised that it is not straightforward to deduce the physical characteristics of exoplanets from their phase curves. It is necessary to obtain other observations in order to know precisely the luminosity of the planet at different wavelengths, and thus eliminate the effects related to the instruments.

During my thesis, I also had the chance to investigate another technique for the detection and study of exoplanets: the gravitational microlensing method. In fact, the same space telescope, Spitzer, has also been used to study exoplanets very far from their star, beyond the so-called ice line, using this method.

In short, my thesis demonstrates how Spitzer paved the way for studying exoplanets with the new generation instruments and observatories that came or are now coming online, especially those dedicated to exoplanets.

Lisa completed her Ph.D. at McGill University between 2018 and 2022, under the supervision of Prof. Nicolas Cowan. Her thesis will be available soon.