My Thesis in 400 words: Charles Cadieux 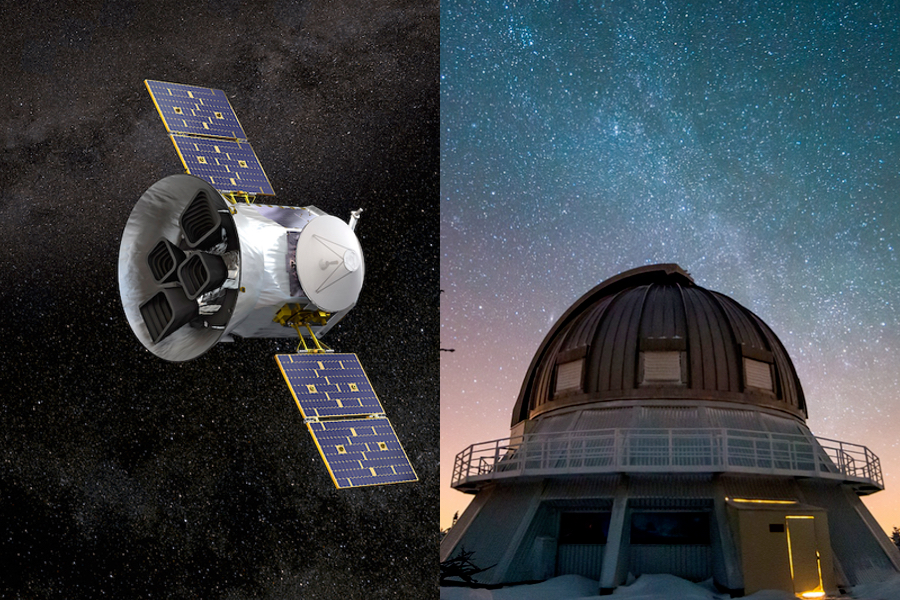 Charles Cadieux, an iREx student at Université de Montréal, finished his master degree in 2020. Here, he summarizes the research project he carried out during his studies:

The many detections of Kepler and its extended mission K2 showed that it is much more efficient to firstly find new exoplanets with the transit method from space, before proceeding to their characterization using other techniques, such as the radial velocity method to obtain their mass or the transit spectroscopy method to probe the chemical composition of their atmosphere. Exoplanets with size less than approximately two Earth radii orbiting stars with a mass lower than that of the Sun are now targeted in order to increase the chances of the first ever detection of biosignatures, and therefore life, in an exoplanet atmosphere. With the goal of finding more such systems in the solar neighbourhood and in all regions of the sky, the Transiting Exoplanet Survey Satellite, commonly known by its acronym TESS, was launched in April 2018. However, TESS detects a lot of transit-like signals, but rather produced by eclipsing binary stars. Under these conditions, follow-up observations in photometry, spectroscopy and imaging are necessary to verify that TESS objects of interest (TOI, i.e. stars showing promising transit signals) are not such false positives.

In that regard, I present in my master’s thesis the results of the photometric monitoring of nine TOI at the Observatoire du Mont-Mégantic with the PESTO camera. I developed during this master a transit curve fitting routine to provide an estimation for certain physical parameters for these exoplanet candidates such as their radius, their orbit’s semi-major axis or their equilibrium temperature. This way, I have revealed that a transit did indeed happen during the follow-up of six TOI (TOI 855.01, TOI 1189.01, TOI 1442.01, TOI 1452.01, TOI 1685.01 et TOI 1238.01) that are now all classified as verified planet candidates, i.e. the last status attributed before the confirmation of a genuine exoplanet. Among these candidates, TOI 1452.01 stands out by having several properties that motivate the possible study its atmosphere: its estimated size just exceeds two Earth radii (2.16 ± 0.12 R⨁) and its equilibrium temperature (316 ± 19 K) indicates it is located within the habitable zone of its red dwarf host, namely at a certain distance from its star allowing the presence of liquid water on its surface, an essential element for the development of life as we know it.