My Thesis in 400 words: Taylor Bell 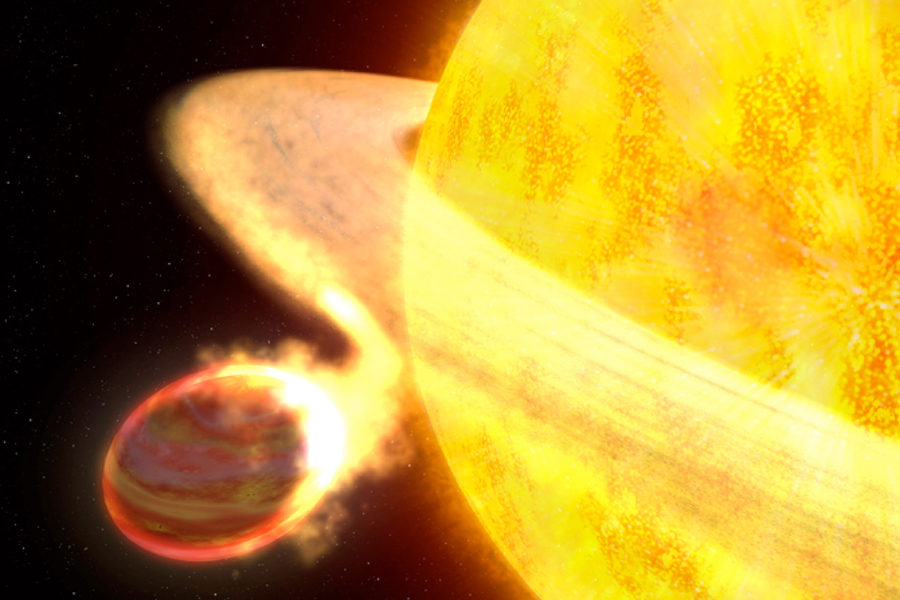 This artist's rendering shows the ultra-hot Jupiter WASP-12b, so close to its star that it is cannibalised by its star. (Credit: NASA/ESA/G. Bacon/STScI) 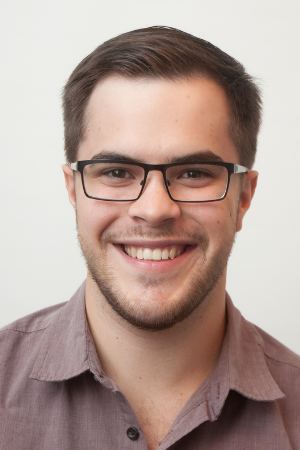 Taylor Bell, an iREx student at McGill University, submitted his PhD thesis in the Spring of 2021. He summarizes here the research projects he conducted as part of his PhD degree.

Thirty-three years ago, a team of Canadian astronomers discovered the first exoplanet candidate. Although not confirmed until 2003, this first candidate was reminiscent of our own Solar System with a Jupiter-mass planet on a Jupiter-like orbit around a star slightly colder than the Sun. However, any sense of comfort that may have been afforded by the familiarity of this first exoplanetary candidate was rapidly shattered by the first two confirmed exoplanets which were Earth-mass and found orbiting around a stellar corpse. From then on, the study of exoplanets has been filled with surprises.

One of the earliest surprises was the detection of a Jupiter-mass exoplanet in close proximity to its star; this exoplanet was the archetype of a new class of exoplanets called hot Jupiters. Hot Jupiters are some of the most easily detectable planets, and they have been the focus of most exoplanetary atmospheric characterization efforts. Over the past few years, we have realized that hot Jupiters hotter than 2500°C are qualitatively different than their cooler cousins. My PhD research sought to gain a better understanding of this new class of exoplanets called “ultra-hot Jupiters” through telescope observations and theoretical modelling.

In the atmospheres of ultra-hot Jupiters, most molecules — including the dominant constituent, molecular hydrogen (H2) — will be broken down into individual atoms on the planet’s dayside and then the molecules will recombine on the planet’s nightside. In essence, the scorched dayside of an ultra-hot Jupiter is star-like, while the far cooler nightside remains planet-like. The destruction and formation of H2 is a highly energetic process, and my theoretical modelling showed that this process should behave similarly to latent heat from water molecules in the Earth’s atmosphere; both processes reduce the temperature difference between the coldest and hottest parts of a planet.

Taylor worked on his PhD degree at McGill University between 2017 and 2021, under the supervision of Nicolas Cowan from McGill University and Pierre Bastien from Université de Montréal. His thesis will soon be available.