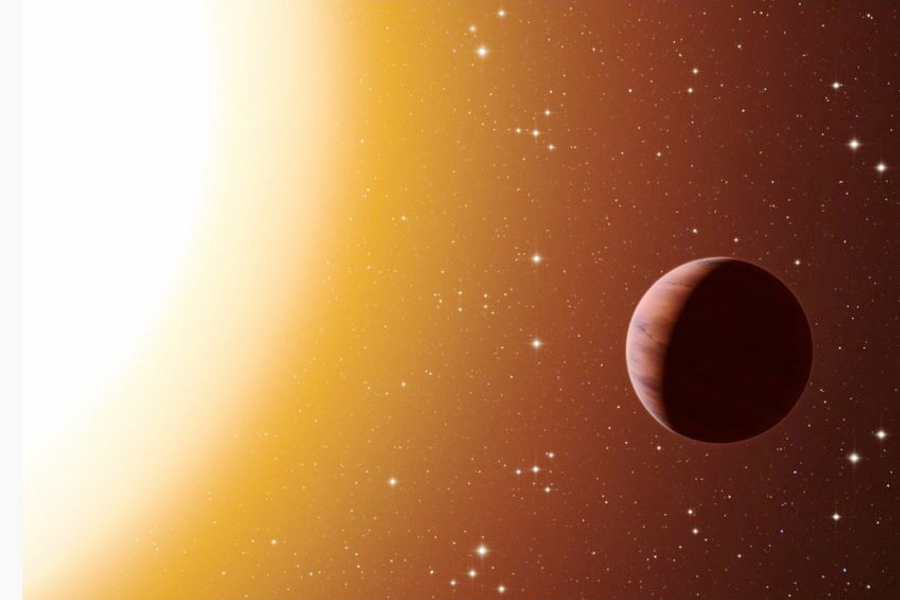 A team led by iREx researcher Lauren Weiss combined measurements from the W. M. Keck Observatory in Hawaii and the Kepler Space Telescope to study the four known planets around WASP-47, a solar-like star located 650 light-years away. The results suggest its intriguing planetary system might have formed in two distinct stages.

The new study determines the masses, densities, compositions, and orbits of the planets to high precision using both radial velocity (RV) measurements from the Keck HIRES instrument and transit timing variation (TTV) measurements from Kepler. Only a few planetary systems can be studied with the two methods. The RV method, which measures the wobble of the star from the gravitational pull of all its planets, requires a bright star, while the TTV method, which measures the gravitational pull the planets exert on each other, slightly speeding up or slowing down their orbits every time the planets pass each other, requires closely packed planets. WASP-47 has both.

The very good precision results obtained by Weiss and her team show that the two giant planets WASP-47 b and WASP-47 c are each at least the mass of Jupiter, whereas the small planets WASP-47 e and d are 9 and 14 times the mass of Earth, respectively. The two Jupiter-mass planets have most of their mass in gas, but the two small planets have most of their mass in rock. WASP-47 e has a density consistent with a rocky surface composition like Earth, while WASP-47 d has a much smaller density, suggesting about 1% of its mass is in a thick gaseous envelope.

How did WASP-47 b become 40 times more massive than its immediate neighbors?  The team proposes a new model of planet formation, called the two-stages planet formation. In this hypothesis, the giant planets form first in the gas disk, when more gas is available. Later, when most of the gas has been blown away, the smaller planets can form in a gas-poor environment.

Another interesting aspect of the system, confirmed by the study, is that the three innermost planets have nearly circular orbits, but the far-out giant planet has an eccentric (egg-shaped) orbit.  Planets are thought to form on nearly circular orbits, so the eccentricity of this distant planet’s orbit suggests that it has exchanged energy and angular momentum with another, yet unseen, planet in the past.