René Doyon, Fellow of the Royal Society of Canada 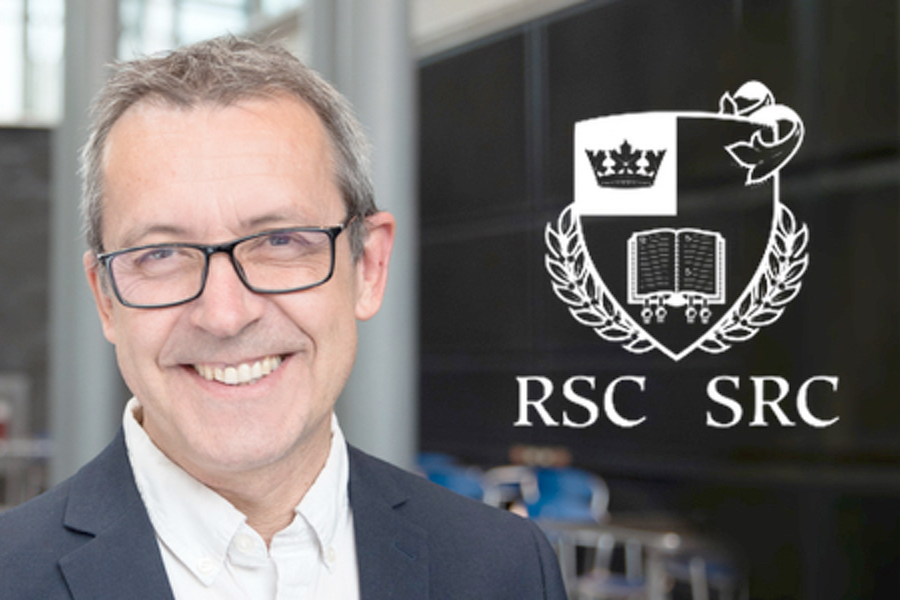 René Doyon is a new Fellow of the Royal Society of Canada (Credit: A. Philibert/UdeM/SRC)

The iREx is very pleased to announce that our Director, René Doyon, is now a Fellow of the Royal Society of Canada in the Academy of Sciences. The 2020 cohort of new members includes 87 individuals who were elected by their peers for their outstanding academic, scientific and artistic achievements. Two Université de Montréal professors, including René Doyon, are among them.

Here is the RSC citation that describes Mr. Doyon’s merit:

René Doyon is one of the world’s foremost experts on exoplanetary research and an internationally renowned leader in astronomical instrumentation. His development of numerous instruments on space- and ground-based telescopes has led to revolutionary discoveries in the field of exoplanets and brown dwarfs, including the first ever direct image taken of an exoplanetary system, and positioned Canada as a key player in the search for life beyond our Solar System.

“The Royal Society of Canada is delighted to recognise this year’s exceptional cohort of inductees, as the contributions of these outstanding artists, scholars and scientists have significantly impacted their respective disciplines at both national and international levels.” says RSC President Jeremy McNeil. New members will be invited to accept their membership on Friday, November 27. This year, the ceremony will be uniquely adapted to ensure that all new members can participate, whether from home, campus or on-site in Toronto.

This honour can be added to a long list of prizes awarded to René Doyon which includes the Prix Urgel-Archambault from the ACFAS in 2017, the Medal of Honour from the National Assembly in 2011, the NSERC John-C.-Polanyi Award in 2010 and many others. Congratulations to René for this new and most well-deserved recognition!

About the Royal Society of Canada

Founded in 1882, the Royal Society of Canada (RSC) comprises the Academies of Arts, Humanities and Sciences, and The College of New Scholars, Artists and Scientists. The RSC recognizes excellence, advises the government and the larger society, and promotes a culture of knowledge and innovation in Canada and with other national academies around the world.