Marie-Eve is fascinated with the universe. She likes in particular exoplanets and astrobiology, the science that study the life outside of Earth.

Since the end of her PhD, she has been working as the Scientific and EPO Coordinator for the Institute for research on exoplanet (iREx). Her main goal is to participate in the development of the scientific culture of people of all ages. She believes this can be achieved by helping people to develop a greater sense of competence and by allowing them to appropriate scientific knowledge, through diverse opportunities to marvel at the universe. She focusses on innovative and inclusive education and outreach initiatives, that aim to reach everyone. Marie-Eve is especially proud of the initiatives she created or help create for kids and teenagers, like the Petite école de l’espace for 3 to 8 years old or the Contest Astronomer for a night for 11 to 16 years old.

During her PhD, that she carried with René Doyon and Étienne Artigau, Marie-Eve worked on detecting and characterizing planetary-mass companions through direct imaging. With the Gemini South telescope, she carried two observation programs to search for such companions around K- and M-type stars recently identified by iREx members as probable members of young associations that led to the discovery of GU Psc b.

The results of these observations was also used to determine the frequency of planetary-mass companions at large separation from low-mass stars. Although there are very few such objects, they are very interesting, since they help understand both exoplanets of similar mass, often very difficult to study because they are much closer to their host stars, and brown dwarfs in the field, which are at the same temperature but much older.

For her master’s thesis (2008-2010), under the supervision of Robert Lamontagne and François Wesemael, Marie-Eve also worked on detecting indicators of habitability and biomarkers in Earth’s spatially unresolved spectra, obtained by observing the diffuse Earthshine from the Moon with the Observatoire du Mont-Mégantic telescope. The spectrum of the Earth, the only inhabited planet known, is the best tool to better understand and interpret the spectra of Earth-like exoplanets that will be obtained with future instruments. 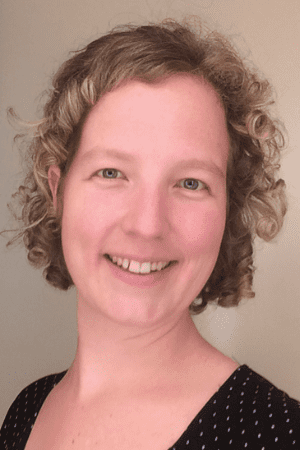 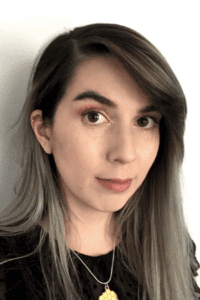 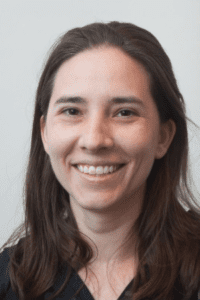