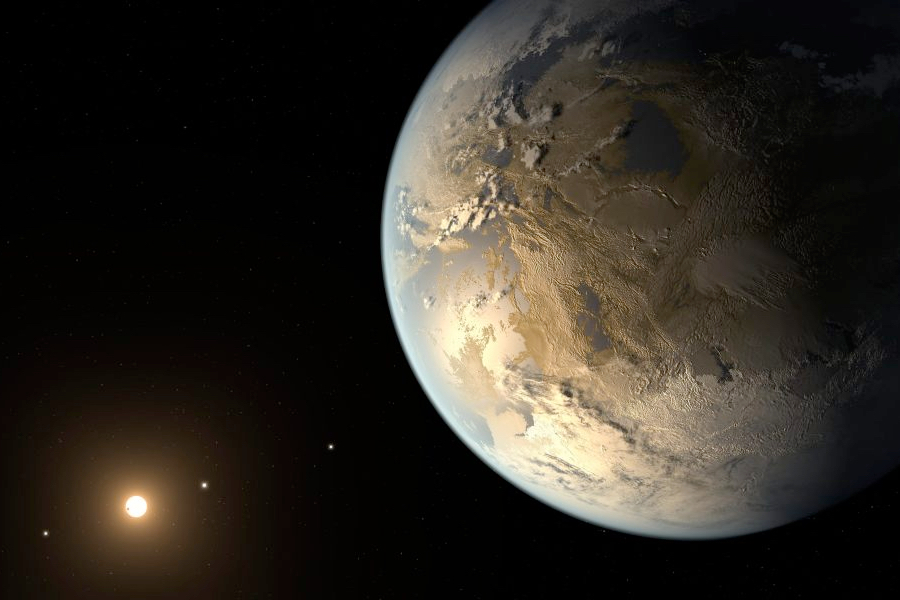 Artistic representation of an Earth-like planet orbiting a star other than the Sun. (Credit: NASA Ames/SETI Institute/JPL-Caltech)

SPIRou’s long awaited large planet survey will be debuting soon. This program will extent for a period of three to five years at the Canada-France-Hawaii Telescope and will allow for the detection of planets orbiting 100 nearby red dwarf stars. A team led by the PhD student Ryan Cloutier has made a detailed statistical study in order to estimate the number of planets that will be discovered by this survey, and their characteristics. Good news! We expect to discover about 5 to 15 planets of similar mass as the Earth in the habitable zone of their star, many of which will also be exciting targets for the next generation of ground based telescopes. 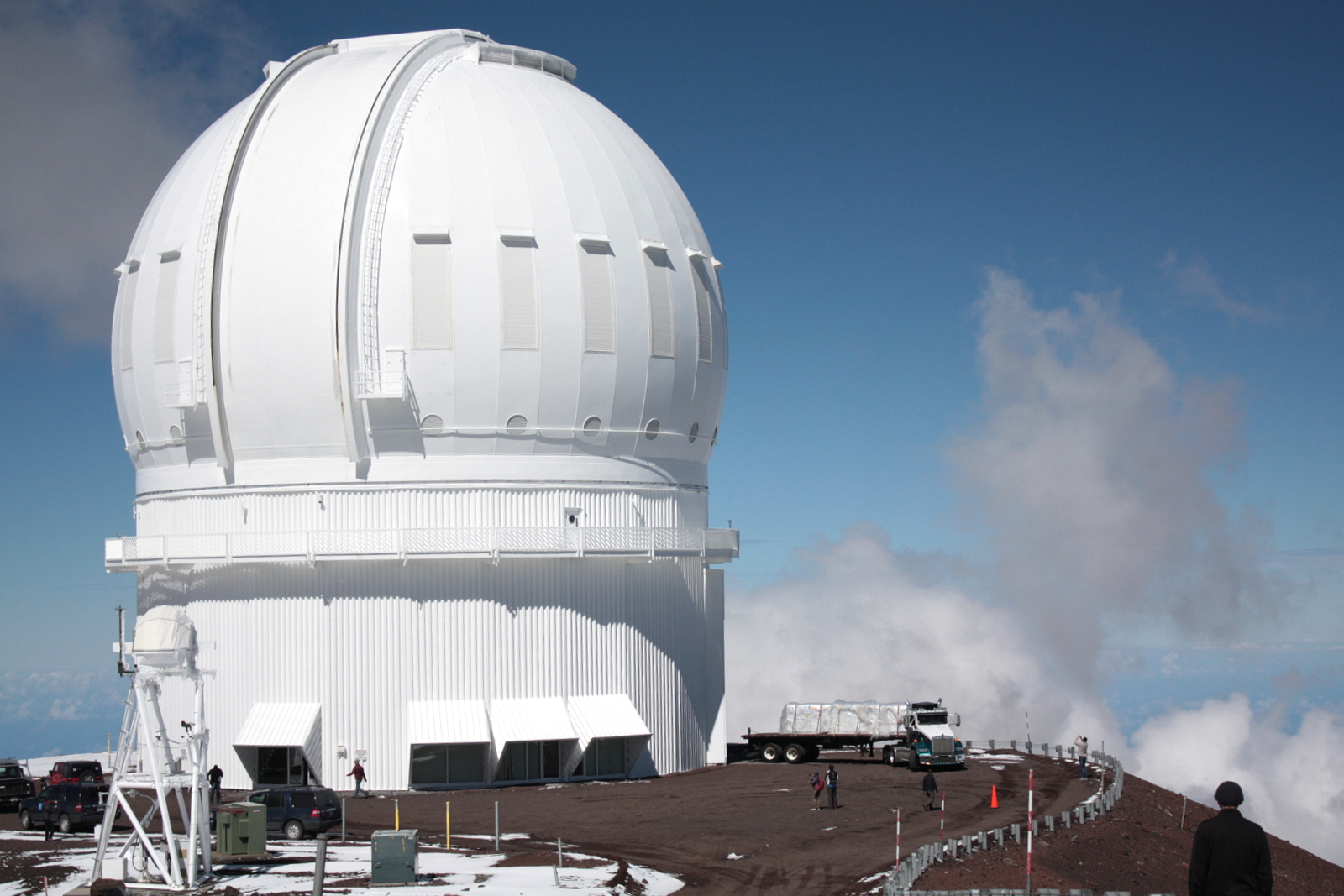 The arrival of the SPIRou instrument atop Maunakea at the Canada-France-Hawaii Telescope on January 24, 2018. (Credit: Z. Challita/IRAP/WIPO)

We estimate that there are about four times as many small cool stars, otherwise known as “red dwarfs”, than there are Sun-like stars in our region of the Milky Way. According to the most recent statistical surveys, these stars are also those that have the most small planets: at least one out of every four should have an Earth-like planet.

In order to detect terrestrial planets in the habitable zone of the most nearby red dwarf stars, many spectrographs have been designed to work in the wavelength region that these stars are the brightest, namely the near-infrared. These instruments use the velocimetry technique which consists of detecting variations in the wobbling speed of a star induced by the presence any planets orbiting it.

One such instrument is the SPIRou spectropolarimeter, which has just been installed at the Canada-France-Hawaii Telescope. This instrument is capable of detecting modulations as small as 1m/s in the velocity of stars. That’s less than 5km/h! This level of precision will allow for the detection of planets similar to the Earth.

The SPIRou Legacy Survey-Planet Search (SLS-PS) aims to detect planets around 100 small stars that are within 36 light-years of the Earth, in the northern sky hemisphere. Ryan Cloutier and his team conducted a statistical study to determine the number of planets that is expected to detect with this survey. Their analysis takes into account the frequency of the known planets around small stars, as well as the level of stellar activity. This last aspect is important to consider. The magnetic activity of a star, of great importance for red dwarfs, is indeed very detrimental to the detection of planets.

The results of Cloutier and his team are encouraging: around these 100 stars, the survey will find between 70 and 115 planets. Even more exciting, 5 to 15 of these planets are expected to be “Earth-like”, which the authors define as planets with a mass between 1 and 5 times that of Earth, which are in the temperate zone around their star.

In order to really determine if a planet is similar to Earth, it is essential to study its atmosphere. One method to do so is high-contrast imaging. This technique already allowed to study the atmosphere of several dozen of giant planets to date. In 2020–2030, with very large ground-based telescopes, powerful high-contrast imagers will be available. They will have the sensitivity to probe the atmosphere of the small planets. Cloutier’s team calculated that at least 2 and up to 10 Earth-like planets in the temperate zone found by SPIRou could be scrutinized more closely using these instruments.