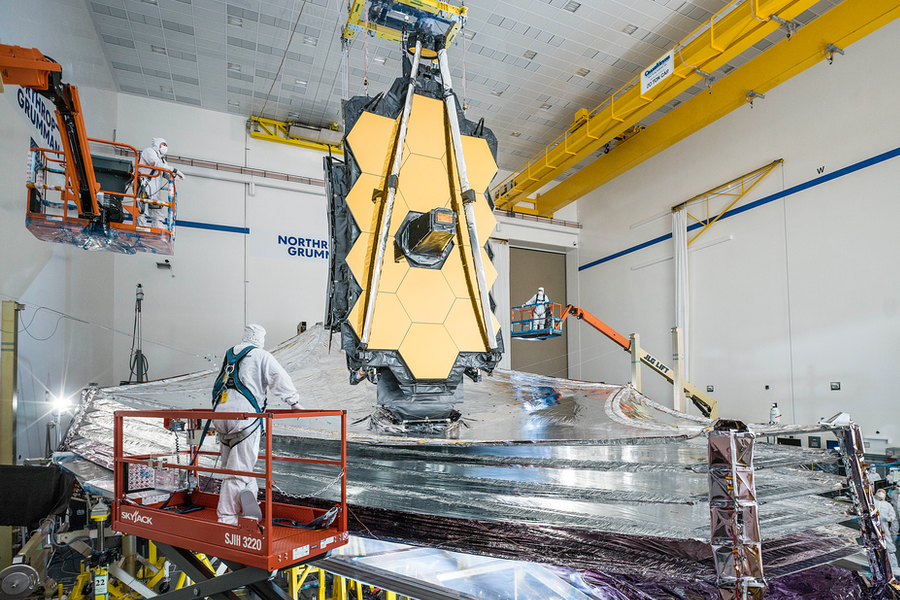 Despite some minor delays in the project, the James Webb Space Telescope achieved several important milestones in 2020. One of the most important of these was the complete and successful extension of the observatory’s enormous sunshield. This shield, which is as wide as a tennis court, offers protection from the Sun that is equivalent to SPF 1,000,000 sunscreen! This achievement brings the observatory one step closer to its launch in October 2021.

The Webb telescope is an infrared telescope whose mission will be to study the atmospheres of exoplanets, distant galaxies, and much more! Its instruments, including the NIRISS instrument which is the Canadian contribution to the project, must be kept cold to ensure their proper operation. The sunshield provides essential protection against the Sun’s rays as well as the infrared radiation from the Earth and the Moon.

Webb’s polymer-coated Kapton® membranes were fully deployed and powered up in December 2020 at Northrop Grumman in California. Northrop Grumman designed the observatory’s sunshield for NASA. During testing, engineers sent a series of commands to spacecraft hardware that activated 139 actuators, eight motors, and thousands of other components to unfold and stretch the sunshield’s five membranes into its final taut form. A difficult part of the test involves unfolding the visor in the Earth’s gravity environment, which causes friction, unlike unfolding the material in space without the effects of gravity.
“Due to Webb’s large size and strict performance requirements, deployments are incredibly complex. In addition to the technical expertise required, this series of tests required detailed planning, determination, patience, and open communication. The team proved that it had all of these attributes. It’s incredible to think that the next time Webb’s sunshield is deployed, it will be thousands of miles away, hurtling into space,” said James Cooper, Webb’s sunshield manager at NASA Goddard.

Webb passed further rigorous deployment tests during its development, which uncovered and successfully resolved the technical problems of the spacecraft. These tests validate that once in orbit, the observatory and its many redundant systems will function flawlessly. 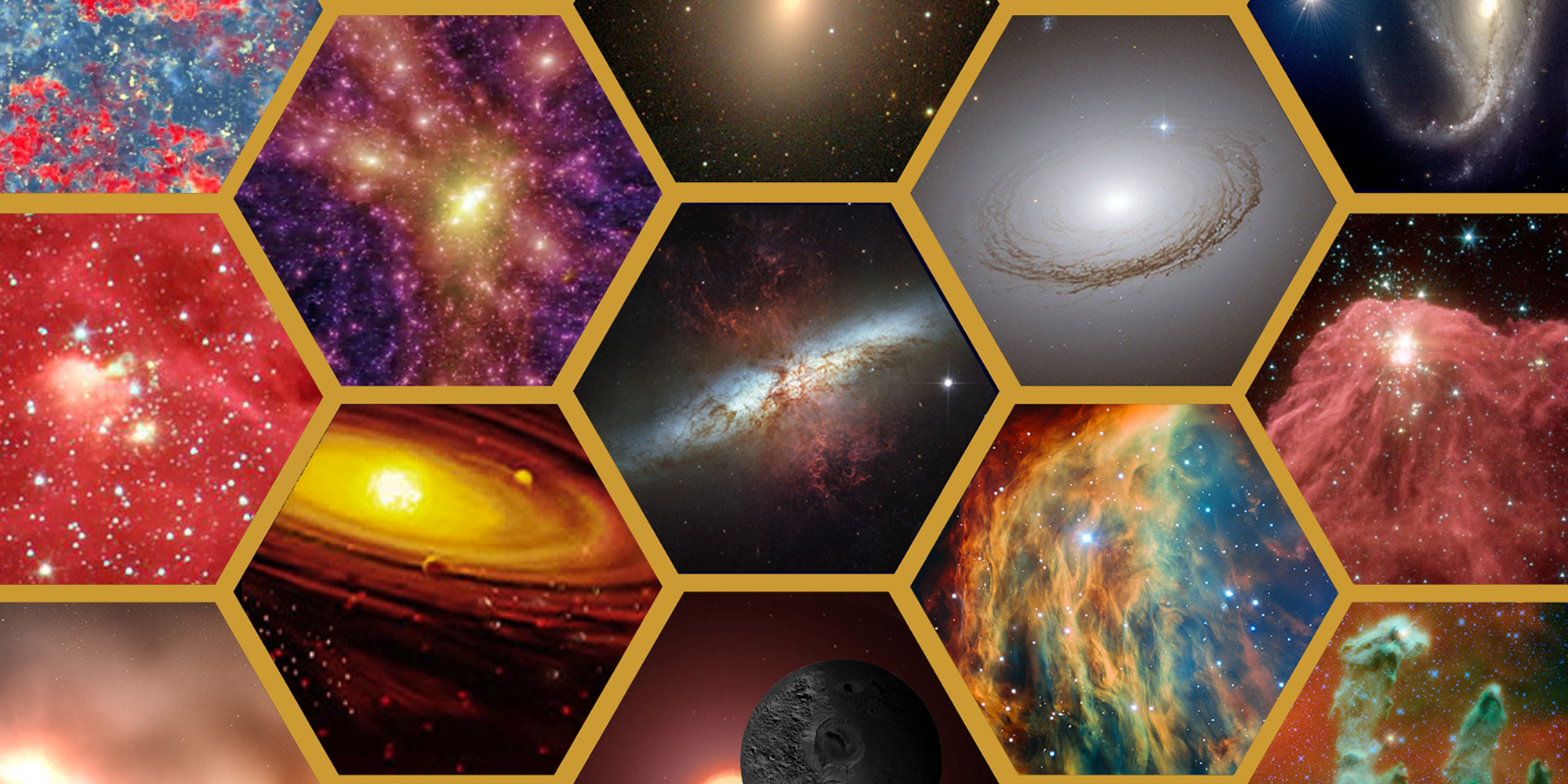 A mosaic of several types of targets that the Webb Telescope could observe in hexagonal boxes. (Credit: STScI)

The Cycle 1 deadline for time requests for the Webb Telescope was November 24, 2020. The international community submitted a total of 1173 proposals requesting approximately 24,500 hours of observing time! This is more than four times the number of hours available for these programs. The competition will be fierce! 58% of the submitted proposals’ Principal Investigators are from US institutions, 32% from European institutions, and 4% from Canadian institutions.

The James Webb Space Telescope will be the world’s premier space observatory when it is launched in 2021. Webb will help solve the mysteries of our Solar System, observe distant worlds around other stars, and probe the mysterious structures and origins of our Universe. Webb is an international program led by NASA in collaboration with its partners, the European Space Agency and the Canadian Space Agency. The Canadian instrument FGS/NIRISS’s Principal Investigator is René Doyon, Director of iREx.