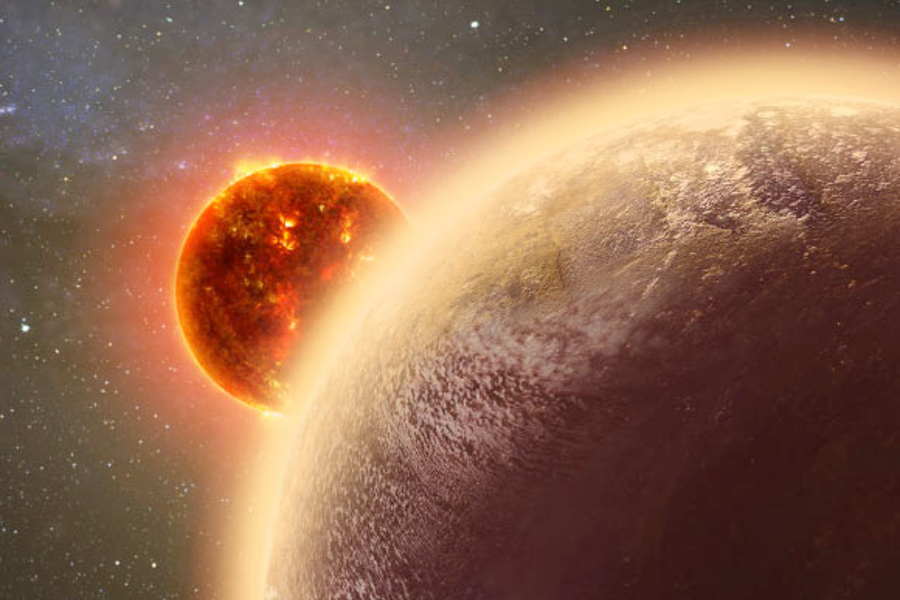 A team of researchers found the nearest rocky extrasolar planet from us. Although uninhabitable with a surface temperature of about 225 °C, the planet named GJ 1132b is already fascinating the astronomical community.

Loïc Albert, researcher at the Institute, resumes: “GJ 1132b is the most interesting rocky exoplanet to look for an atmosphere.” The newly discovered rocky planet, resembling Venus, is practically at our doorstep, a mere 39 light-years away from us. The authors, who published their finding on November 12th’s edition of Nature, are convinced that GJ 1132b possesses an atmosphere. The next step of the research will be to examine the system and confirm the existence of a gaseous layer encompassing the planet.

GJ 1132b was discovered in 2014 by the MEarth-South project (pronounced mirth-south). Installed at Cerro Tololo in Chile, the MEarth-South is a network of modest-size (16 inches, or 40 cm) robotic telescopes that scan the sky in search of variations in brightness associated with the transit of a planet before its star (the transit method). Further monitoring and characterization determined that GJ 1132b orbits GJ 1132, an M-type star, or red dwarf star, whose radius is only one-fifth of that of our Sun. The exoplanet, whose radius is 16% larger than Earth’s, has a mass 1.6 times greater than that of our planet and completes an orbit every 1.6 days around its parent star.

François Bouchy, Xavier Delfosse, Christophe Lovis, Nuno C. Santos and Stephen Udry are among the researchers involved in the discovery of this Venus-sister; they also collaborate with iREx through SPIRou and NIRPS projects.