My Thesis in 400 words: Déreck-Alexandre Lizotte 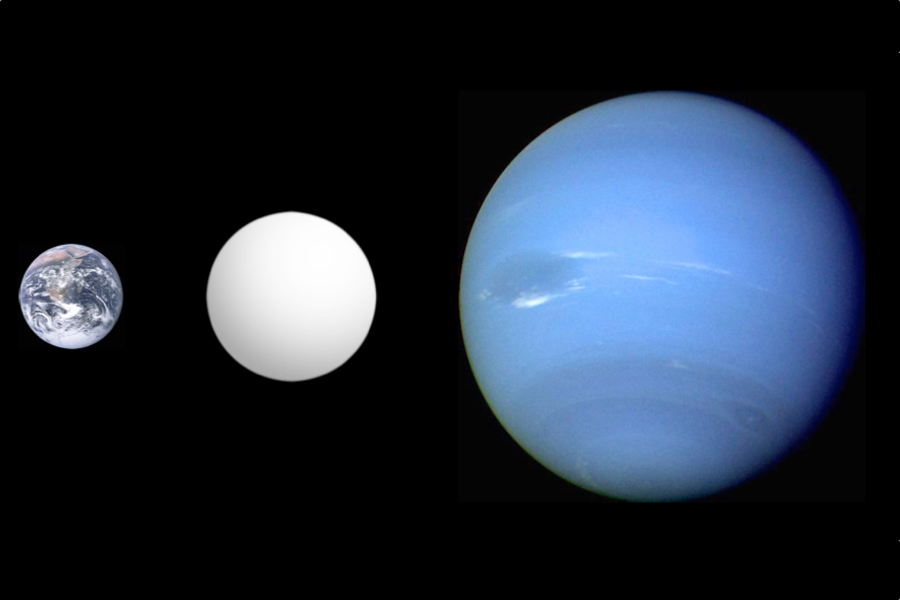 Déreck-Alexandre Lizotte, an iREx student at Bishop’s University, submitted his master’s thesis in early 2021. He summarizes here the research project he conducted as part of his master’s degree.

As Kepler scanned for possible exoplanets, a significant number of planets belonging to the super-Earth (1.2-2 Earth radii) and mini-Neptunes (2-4 Earth radii) classes were observed. Both classes are thought to come from a similar formation history, which branches out into either class, based on the fact that a population gap exists between the two (at around 1.8 Earth radii – for a population that has a period of less than 100 days). A progenitor would form within the gap region, and then either grow large enough to become a mini-Neptune, or have its atmosphere be evaporated by high radiation from its host star (becoming a super-Earth).

It is based on this theory that we explored if atmospheric refraction effects could be observed in planets around this population gap. As planets above the gap (mini-Neptunes) are presumed to have hydrogen/helium dominated atmospheres (which inflates their radius), it was expected that light from the host star would be refracted by the atmosphere. The consequence of this refraction effect would be an increase in perceived flux by the observer in the moments before and after a transit. On the other hand, planets below the gap (super-Earths) should have minimal or no atmospheres, such that refraction effects would not be seen. This analysis would allow us to better comprehend the differences in the dichotomy of the two populations.

As this effect is very minimal (estimates regarding the order of magnitude of these effects were at around 10 ppm maximally), we required that each light curve be averaged, with the goal of reducing noise to the 1 ppm level, making any present refraction effects visible. These averaged light curves were then compared to simulated atmospheric refraction effects for different atmospheric compositions.

The result of this comparison revealed that even planets above the gap showed very minimal (if any) refraction effects in their light curves, especially when compared to the simulations. The averaged light curves best matched the simulations of refractions in atmospheres with heavy molecular weights (~30 g/mol; definitely not hydrogen/helium dominated). As the simulation assumed refraction through a clear planetary atmosphere, it was concluded that the atmospheres of close-in (period less than 100 days) Kepler planets around the Period-Radius Gap were very hazy, and were dampening or removing any refracted light. As these planets are close to their star (with hot atmospheres), it is likely that their atmospheres are dominated by photochemical processes causing strong hazes.

Déreck-Alexandre worked on his master degree at Bishop’s University between 2018 and 2020, after completing a bachelor’s degree in physics at Concordia University. His supervisor is Jason Rowe. His thesis will soon be available.