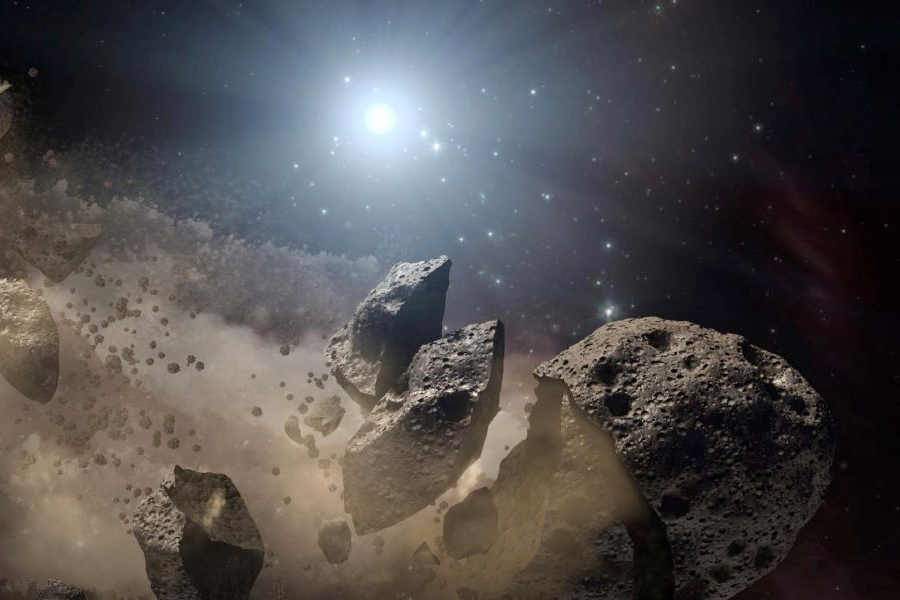 An artist's rendering of a disintegrating exoasteroid near a white dwarf. (Credit: NASA/JPL-Caltech)

Patrick Dufour, professor at Université de Montréal and member of iREx, is in Quebec Science Top 10 discoveries of 2016.

An international team that includes Patrick Dufour, a member of iREx, announced earlier this year the detection of a desintegrating planetary system around a white dwarf. This discovery was chosen by Quebec Science as one of the most important science news of the year.

The researchers observed strange variations in the luminosity of the white dwarf WD 1145+017, a phenomenon they believe is due debris passing in front of it. Patrick Dufour used models to study the white dwarf’s atmosphere and establish its chemical composition. He discovered WD 1145+017 is “polluted” by elements which should not be there. These elements (magnesium, aluminium, silicon, calcium, iron, and nickel) are similar to what is found in terrestrial planets such as the Earth. This is what allowed to deduce the white dwarf is most likely engulfing disintegrating planet debris.

You can vote for this discovery here: http://www.quebecscience.qc.ca/10-decouvertes-2016/6-Astronomie-La-mort-se-voit-si-bien.

All iREx members congratulate Patrick and its collaborators for this remarkable distinction.

Link to the discovery.